Londoner Thomas Stephens, 30, taught English for six months while living in the Mexican city of Guadalajara in 2008. Here, he shares with us the lessons he learned, including – rather intriguingly – the importance of adopting an American accent… 1. Few things help the... 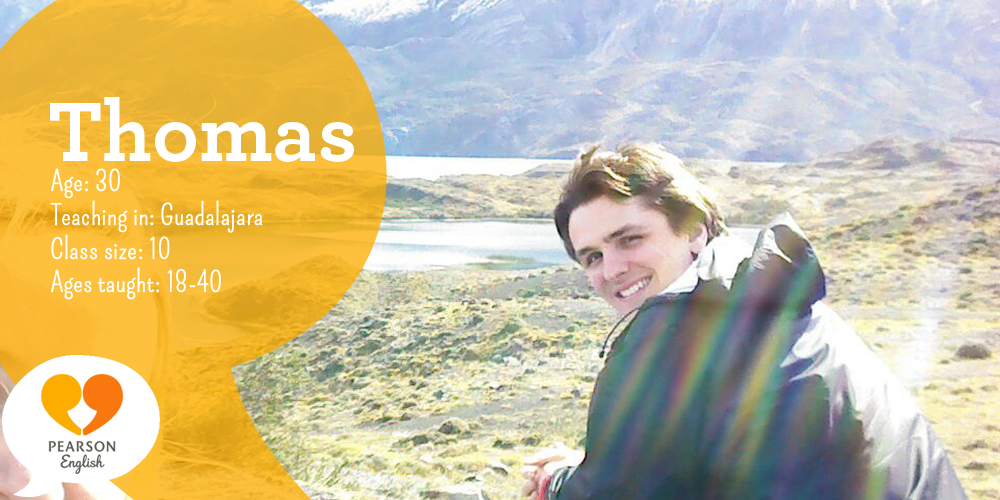 Londoner Thomas Stephens, 30, taught English for six months while living in the Mexican city of Guadalajara in 2008. Here, he shares with us the lessons he learned, including – rather intriguingly – the importance of adopting an American accent…

“I have taken a lot of the confidence I gained from teaching English into my current job in interviews or when presenting to groups. Teaching adults who were older than me has helped me to present to senior members of staff and got me used to stepping out of my comfort zone. I am now better at leading meetings and presentations and there is no doubt in my mind that is down to my time teaching English.”

2. The value of having a second language

“You realise how valuable another language is, not just to the students but to me also. I’ve continued to take Spanish classes since coming back and have enjoyed being a student again. I love the feeling of speaking in another language and meeting new people.

“I’ve been back to Latin America since and taken part in conversation exchanges. The world-view you get from spending time in a place that’s so different from your own is invaluable. The process of teaching and learning is made a little easier by the students seeing me try their food and experience their culture, and by meeting people.”

“You can engage with more people, you’ve helped students and you’ve helped other teachers in your school. I’ve continued to travel and made friends with people purely based on their interest in learning English and mine in learning Spanish. The bond that’s forged with someone whose horizons you’ve helped to broaden is a very strong one, and many of the people I have taught remain good friends to this day.”

“A room of enthusiastic students who constantly question the grammatical rules that we take for granted means that you are always investigating how and why we speak the way we do, and where those rules have come from. So your knowledge of English continues to evolve and you learn to appreciate the intricacies of the language and its structure.”

“Being a Brit in Guadalajara was quite unusual, so the students were generally more intrigued by me than my American counterparts. However, when it came to the students’ understanding, they picked up the American words, and their use, much faster. Using Spanglish, which is common in Mexican Spanish, helped move the classes along quicker. To help with this, I even occasionally adopted an American accent – albeit a very poor one – to overcome some of the pronunciation difficulties that I had on certain words. I also swapped words like “flat” for “apartment” and “pavement” for “sidewalk” – the usual points of confusion between American and British English!”