As a teacher, you’re probably always looking out for new and interesting ways to inspire your learners. Once you’re equipped with a handful of options, you can tailor your teaching approach to help your students progress and aim for outstanding results. We’ve already suggested 4 ways... 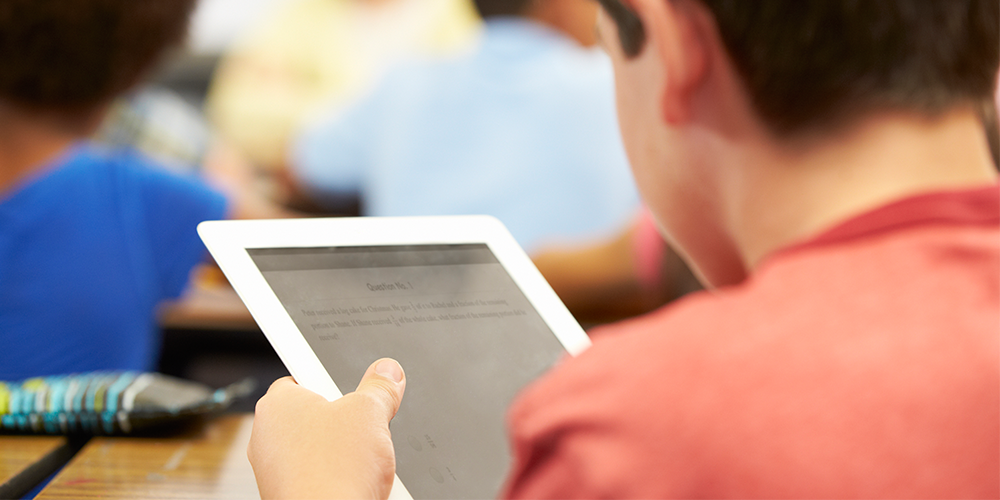 As a teacher, you’re probably always looking out for new and interesting ways to inspire your learners. Once you’re equipped with a handful of options, you can tailor your teaching approach to help your students progress and aim for outstanding results.

We’ve already suggested 4 ways everyday items help teach English. You may be surprised by the educational uses that ordinary objects like Post-it Notes, a toothbrush and an egg timer can be put to in the classroom! Here, we provide 6 unique ways to teach English – more inspiration for creative lessons that target the four skills of reading, writing, listening and speaking. These ideas should help to relieve any boredom, spike motivation and stimulate progress…

1. Using an iPod to teach English

Do your learners bring their iPods or mobile phones into lessons? Don’t resent them for this – turn it to your advantage! Your students could use their devices in the classroom or at home to record themselves speaking English, which you can then review. Plus, when your learners hear their own speech it can help them identify where they could make improvements.

Of course, the capability of an iPod also means that other useful materials, such as audiobooks or an English-speaking movie or TV show, can be downloaded and listened to. A blended learning approach of combining traditional lessons with home study can be successful with students as it means they can fit their learning to their lifestyles. They can also even take the Progress test on an iPod in their spare time to measure their levels for the four skills areas.

2. The art of English conversation

Why not set aside a specific time each week for a conversation club? It can be on whichever day and time suit you and your learners. The key is to give them the majority of control – or at least as much as possible – on the topic of conversation. Use props, pictures, music or whatever you may have on hand to start, stop and sustain the activities so your learners get used to speaking their new language.

Every second, on average, about 6,000 tweets are tweeted on Twitter, and Facebook has more than one billion daily users. And there are plenty more options for today’s online socialiser, including Instagram, Snapchat, LinkedIn and Tumblr. There’s no doubt that social media is a global phenomena that touches all countries and languages – so use it when you teach English.

Use social media to bring the real world into your classroom. Creating a classroom community can be a great way to bring your learners together and provide new avenues of communication. The language used on sites like Twitter and Facebook can also be used as examples of English slang words or acronyms. Introducing your students to “GTG” (“got to go”) and “BTW” (“by the way”) is an amusing way to create a relaxed atmosphere and encourage input from students on what they’ve been noticing – or been puzzled by – in interactions with English-speaking friends and family.

Group work and role-play have long been used as tactics to teach Engish, but how about stepping it up a level? This suggestion may be for the braver teachers out there, but it could really engage your learners.

Teacher Jason Levine, otherwise known as Fluency MC, is an English teacher based in New York. He uses rap songs to teach learners collocations and vocabulary and provides PDFs of the lyrics to help students absorb his teachings. He’s getting some good results, and covering all the four skills areas, so how about trying a similar approach with your learners? And in case you aren’t the type of teacher who raps, Fluency MC has created several videos that you can use with your learners.

Language learners of all ages are immersing themselves in virtual worlds to learn English. You can encourage your students to create an avatar that travels through a virtual world such as Second Life, and they can interact with others and objects. Much of the communication is text-based, although it is also possible to speak with other Avatars.

6. Get to know a celebrity

The tactic of using biographies is particularly useful when teaching learners about the use of verbs when speaking English. Find out which celebrities or sports stars your students admire, then use a short biography or write one yourself summarising their life or main achievements. Read the bio with your students and make sure they understand the differences between past and present: “He starred in his first hit film in 1985, but now he prefers theatre acting as a career.”