“Learning English opened the doors to the world and my dreams.”

For this week’s #ThankfulThursday story, we talked to Melanie – a senior HR administrator from California, who shares her motivations for learning English and the role it has played in her life. Growing up in a small village about 60 miles south of Brussels, Melanie... 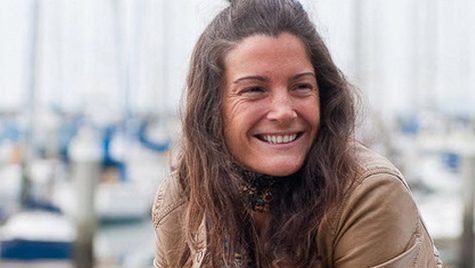 For this week’s #ThankfulThursday story, we talked to Melanie – a senior HR administrator from California, who shares her motivations for learning English and the role it has played in her life.

Growing up in a small village about 60 miles south of Brussels, Melanie was raised speaking French. Many may not know it, but 40% of the population of Belgium actually speaks the language.

Melanie’s relationship with English began when her neighbours hosted an exchange student called Jamie. For a young girl from a small Belgian village, it was extremely exciting to meet an American teenager. Melanie was eager to learn more about the cool new girl next door.

“I wanted to understand where she was coming from – what she ate, what she liked to do. I wanted to get closer, so I started talking to her. I wanted to learn more about the U.S.”

Soon enough, Jamie was sharing her favourite tape recordings of American DJs with Melanie. “I listened to those tapes over and over again even though I didn’t understand what they were saying!” says Melanie.

Sadly, Jamie left to go back home to America, but Melanie was still determined to learn English. Her mom enrolled her in English school at the age of 12, which took place every Saturday in a nearby village.

There were five or six kids in the class, and the teacher used music to help them learn English. One of the first songs they were introduced to was John Lennon’s Imagine.To this day, the song is still stuck in Melanie’s head, and she remembers all of the words.“The song Imagine opened up my mind, not only to English but to the world. It taught me about tolerance and openness. I learned on so many levels with that song!”

Making the move to the US

In 2003, Melanie moved to the U.S. to complete an internship at a company in Berkeley, California. Melanie decided to stay in the country to begin a career in the home decor industry, and met her future husband during a trip to Los Angeles. The couple now live in San Francisco.

After living in the country for twelve years, Melanie has recently become an American citizen. Congratulations, Melanie! But, she says, it would never have happened if it weren’t for her childhood inspiration. “English really had a big influence in my life because it really opened the doors to the world and to my dreams. If I would never have met Jamie, I don’t know if I would be here today.”

The Virtual Classroom: Language Learning in the Future
Previous

What is a resolution?
Next