Telling stories in the comic world 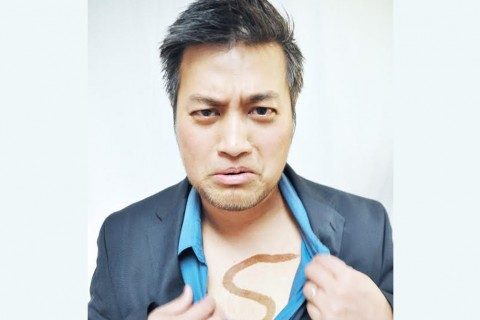 Today, we take you behind the scenes of the comic world. Read how one incredibly successful artist uses English to transform words into timeless illustrations.

Since getting his first gig with world-renowned comic book artist Jim Lee in 1994, Pop Mhan has been an illustrator creating comic art for numerous titles for comic houses such as Marvel, DC Comic and top-notch international brands, such as Adidas, Nintendo, and Microsoft. He’s also a Lucasfilm Ltd., Certified Artist since 2001 and was part of the creative team to create the Star Wars: Jedi Quest graphic novel.

With more than 20 years of experience in the U.S. comic industry, he shares his secrets to thrive in the comic world; the techniques for turning the written English narratives into illustrations – a universal language, and his advice for parents whose kid wants to move into the vulnerable career path.

Q: How did you first get into the comic industry?

Q: Do you think people nowadays should let their work speak for itself or should they proactively find ways to sell themselves and become noticed?

Q: What should one do to impress a scout looking for creative talent?

Q: What makes the best storytelling for a comic book?

Q: Comic book is a composition of writing and drawing.  What are your strategies to interpret the scripts the studios or writers create and turn them into drawings?

Q: What are your techniques to avoid creative differences when working along side writers or the studios?

Q: Sometimes culturally the artist is being perceived as vulnerable. As a father—and a successful comic illustrator—what would be your advice for parents whose kids want to become artist?

Reaping the value of GSE and the GSE Teacher Toolkit
Previous

Babies, brains and being bilingual...
Next