English learners can hit a home run with these sports idioms 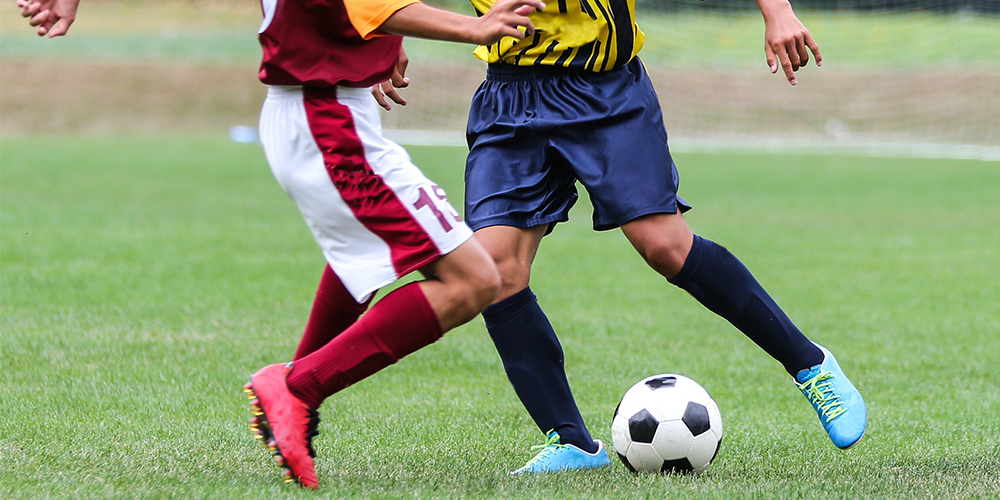 Some odder phrases that you may hear in conversations sometimes might not appear to make any sense to a non-native English speaker. This is because they have evolved to mean something different. This type of phrase is an idiom – an expression with a figurative meaning that differs from its literal meaning.

As this article from our Pearson ELT Learning Journeys blog says, idioms are one of the most colourful aspects of language to teach or learn English from, conjuring up amusing imagery or providing an alternative view about different cultures. It makes sense to pay particular attention to idioms that English language learners might encounter in popular culture, and our ELT Learning Journeys colleagues picked out eight idioms that originated in the world of sport. How many have you heard spoken recently?

To add to the list, we’re going to take a look at five other sports-related idioms that you might hear…

1. All over bar the shouting

This expression is firmly rooted in the world of sport and was first used in print by 19th-century sportswriter Charles James Apperley in 1842. It means that victory is guaranteed, but the crowds of the game or contest can still say a different result will occur. The phrase may perhaps be derived specifically from boxing – the shouting being the noisy appeal from the supporters of one of the boxers against the referee’s decision.

Use it: “The blue team are leading by five goals with only a few minutes left to play – it’s all over bar the shouting.”

2. Back to square one

Although this phrase can be used in reference to anything that needs new thinking or a new plan formed, it most likely derives from sports games in which bad judgement or tactics have left the players at a disadvantage. Another suggestion is that it comes from the early days of football commentaries when diagrams of the pitch, divided into squares, were printed in radio listings magazines so that listeners could follow the game.

Use it: “This plan isn’t working, it’s back to square one.”

A summons to cancel all wagers or bets, this phrase derives from the racetrack and the betting shop when a bookmaker would call off all bets if he thought a race had been rigged. In a widening of its meaning, the phrase is also used to mean rejecting a complicated or disadvantageous issue or situation.

Use it: “All bets are off when it comes to our relationship because I know you’ve been cheating.”

This phrase refers to someone or something that is good enough for purpose and is a colloquialism from the boxing ring. Dating back to the 19th-century when a floored boxer would be given eight seconds to make his way, unaided, to a mark scratched in the centre of the ring. If he reached it, he was ‘up to scratch’ – if not, he would be declared the loser of the bout.

Use it: “Is your new employee doing a good job? Are they up to scratch?”

An expression derived from football, meaning to change the agreed conditions or rules for carrying out a plan – quite often in business when clients change their mind after work on a project has begun.

Use it: “I thought we had nearly finished the project, but they moved the goalposts and we now have more work to do.”

What strange English phrases have you heard recently? Let us know in the comments section below and we’ll do our best to explain them to you!

Your English language proficiency: how much can you lift?
Previous

English for employability: why teaching general English is not enough!
Next