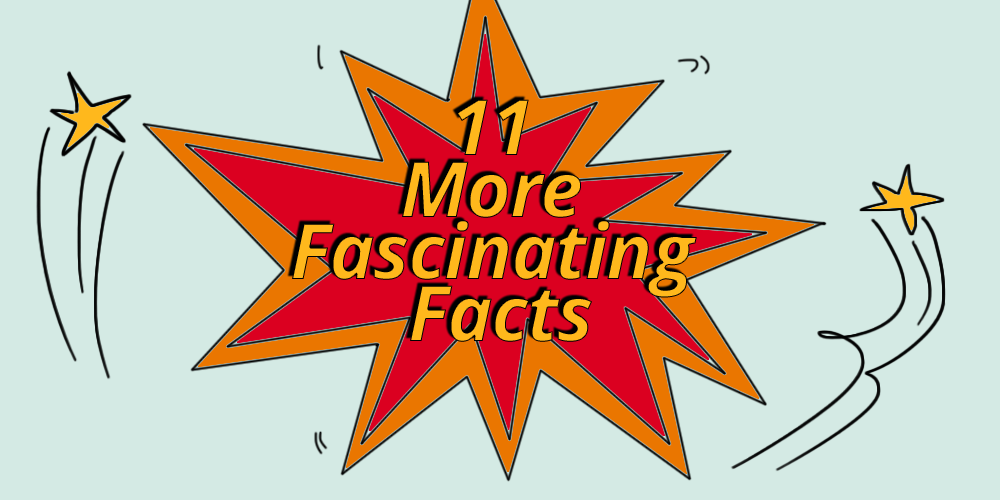 As we discuss many times on this blog, English is an interesting and colourful language – and there are always new things to learn about it. Our first blog that contained 11 fascinating facts about English sparked many comments and lots of debate – so, here, we provide 11 more. Our first fact was provided by blog reader Silmara Strazza, a teacher at Yazigi, an English language school in Sao Paulo…

There are few long words that contain the five vowels in alphabetical order. Silmara’s suggestion is ‘facetious’. We also like ‘abstemious’, which means to indulge only very moderately in something, especially food or drink.

2. And, speaking of vowels…

‘Euouae’ is the longest English word consisting of only vowels. It is an abbreviation used in Latin and other books to show the distribution of syllables in the melodic endings of the standard Psalm tones of Gregorian chant.

3. What are ghost words?

There are English ghost words that have existed that are meaningless. They appear in the dictionary due to printing errors, or are published in the dictionary or similarly authoritative reference works, having rarely, if ever, been used in practice. For example, the word ‘dord’ appeared in the dictionary for eight years in the mid-20th century – but it meant absolutely nothing.

4. The same word – even upside down

The word ‘swims’ will still say ‘swims’ even when it is turned upside-down. This is known as an ambigram. Other examples include words and logos that have been created, such as the logo for the DeLorean Motor Company.

Here’s a nice fact for all the teachers reading this blog: ‘schoolmaster’ is an anagram of ‘the classroom’.

There are some words in the English language that have hundred of meanings. According to Guinness World Records, ‘set’ has 430 different definitions.

Have you ever wondered why the English computer keyboard is set out in the way it is, instead of in alphabetical order? The reason for this is that on early typewriters, the keys needed to be arranged in a certain way so that the mechanical rods that held the letters did not clash too much and jam.

In Victorian slang, ‘muffin-wallopers’ were old, unmarried or widowed women who would meet up to gossip over tea and cakes. We love slang at Pearson, and you can read more about the newer slang words here.

The letter ‘e’ is the most commonly used letter in English.

The longest English word in all the major English dictionaries is ‘pneumonoultramicroscopicsilicovolcanoconiosis’, and it refers to a lung disease contracted from the inhalation of very fine silica particles.

A pangram sentence is one that contains every letter in the language. For example, the sentence, ‘The quick, brown fox jumps over the lazy dog’ is a pangram.

Coming soon ... Fact or Fiction
Next