Making the classroom a safe place to learn 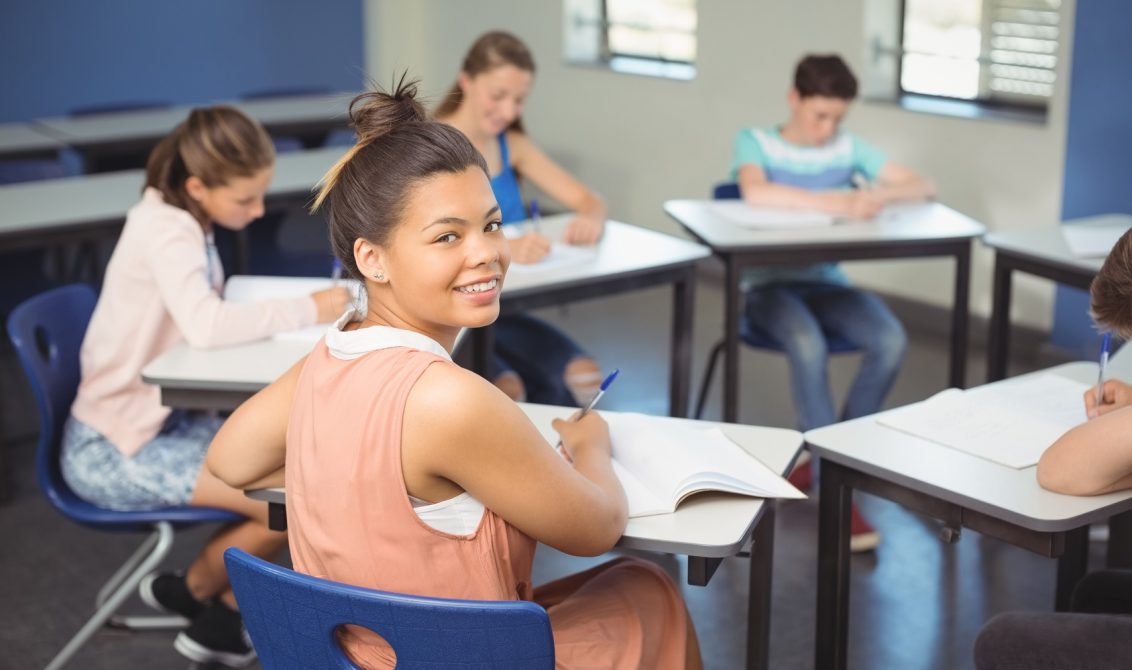 This article was taken from Behavioural Insights for Education: A practical guide for parents, teachers and school leaders, published by Pearson as part of our Open Ideas series. You can download the full guide here.

Classrooms are diverse places. Students have different cultures, backgrounds, abilities, and other characteristics too. Teachers may have strategies that really help their students to feel like they belong and others which don’t work so well. Here, we describe the evidence on why some approaches might be more successful than others, and provide activities you can use in the classroom which can help your students to feel more comfortable.

The sense of belonging equates to having positive relationships with others or feeling committed to others through a shared interest or way of life. Many view belonging as the foundation of learning at school, and research shows that school belonging is important for many elements of academic success including motivation and confidence. Reflecting on how students are similar to one another can help them to feel a sense of belonging. This could be something small like a shared interest or hobby, as well as a shared culture or some other source of identity.

A new environment, such as a new school, can be daunting. Students often feel the strain of trying to fit in at school, with different social groups forming and disbanding as they move from one stage to the next. Uncovering seemingly trivial similarities between people could help to ease such worries. For example, one study found that university students are more cooperative in games when they play with someone with whom they share their birthday rather than with others whom they do not.

It is often the members of minority groups who feel the strain of not belonging the most. This can not only undermine academic performance, but also negatively impact health and well-being. Psychologists at Stanford University have developed a brief exercise to counteract the anxieties of new social contexts.

Students first read about how older students had worried about not fitting in when they first arrived. They then write a brief essay on how their own experiences compare to those they have just read, before reading their essay aloud in front of a video camera. This exercise helped students to realise that their anxieties are normal, and that with time these emotions subside. Taking part in this exercise set African American students on an upward trajectory such that, by the time they reached their senior year (three years later), the achievement gap between them and white American students had more than halved. The exercise didn’t just improve performance, it helped students to excel too – the percentage of African American students earning GPAs (i.e. overall mark earned throughout an undergraduate or graduate degree programme) in the top 25% of the class tripled.

You could lead your class in this exercise at the close of one lesson, or as an introduction to another.

With the person sitting beside you, take five minutes to come up with three ways you are similar to one another. It could be anything, such as the number of siblings you have, your hair colour or even if you just get the same bus to school.

The intention of the below exercise is to protect students’ sense of belonging from the daily adversities they will inevitably face when they enter a new context. The way in which students perceive adversity can partly determine the impact it will have on them. The exercise frames adversity in a logical way and uses self-persuasion to consolidate the message. Allowing students to rationalise their anxieties themselves can be more effective than trying to do it for them.

This is a new exercise and researchers are still studying why it works and for whom. Use your own professional judgement to decide if it’s appropriate for you and your students. You might even want to take just one aspect of it to try. It’s thought to be most effective when students are going through transition periods, so you could do it near the beginning of a term when things are still new to your students.

Many students struggle to fit in when they first arrive at a new school. Some worry that they are somehow different to others; some are concerned that teachers and students will judge them. Others feel anxious that they won’t be able to keep up in class. With time however, most students become more comfortable with their new surroundings – they make new friends, they realise that differences are what make us unique and they gain confidence in the material they are covering in class.

Step 1: Take a few moments to write about why some students feel like they don’t belong when they first arrive in school. Reflect on your own experience. Did you feel worried that you wouldn’t fit in, or that you wouldn’t be able to keep up in class?

Step 2: Now, write about how your experience at school has changed. Do you feel more ‘at home’ now than you did at the beginning of the year? Why is that? Did you make friends, did you find out where to get help from if you need it?

Imagine a 17-year-old student, Anika, who wants to study engineering at university. From some of the media she’s read and the people she’s spoken to, Anika feels there is a negative stereotype surrounding women and STEM (science, technology, engineering and mathematics) subjects. She’s also read some articles written by female engineers that describe the struggles they face working in a male-dominated field. Even though Anika enjoys STEM subjects and feels she is suited to them, she thinks pursuing engineering as a career would be daunting. She worries that if she were to make mistakes or struggle at all, she would confirm the stereotype that women are not good at STEM subjects. As a result, she decides to pursue a career in nursing instead.

In this example, Anika could be experiencing what is known as ‘stereotype threat’  – the anxiety that one possesses a negative stereotypical characteristic associated with one’s group. Stereotype threat has been shown to have a negative impact on student academic performance by causing stress which distracts students from learning. It is also draining, as students use up mental resources trying to suppress their thoughts and concerns about the stereotype. It has been explored most thoroughly in the context of ethnic minority groups. For example, a study in the US showed that asking ethnic minority students to think about their ethnicity before an exam had a negative impact on their performance. Stereotype threat can be partly overcome by prompting students to reflect on their personal values – the aspects of their lives that make them feel happy or give meaning to their situation. This helps students to reflect on who they are as individuals rather than as a stereotype. Students first chose two or three values that are most important to them (for example, their relationships with friends and family, music, being creative or having a sense of humour). They then wrote about why these values are important, for around ten minutes. Although the exercise showed no impact on the performance of White American students, it improved the GPA’s of African American students by 0.24 points on average.

The exercise from the study has also shown to have a positive effect on other social groups like students whose parents did not attend university and women completing physics courses. The Behavioural Insights Team recently tested a variation of this exercise with further education college students in the UK. Preliminary results suggest that it has a positive effect on attendance rates for some students. The benefits of the below values affirmation exercise may not stop with the individual students who complete it. Recent evidence points towards the potential positive impact that students who have completed the exercise can have on their classmates who haven’t. A study in the US suggests that African American students who did the exercise then went on to have an impact on the classroom in a way that resulted in positive outcomes for all students. Many teachers will have the sense that a few students can indeed affect the classroom as a whole, for better or worse. This study shows the potential of a simple exercise to alter the dynamic of a classroom to the advantage of all students.

Activities like this one are thought to be most effective when students are going through periods of transition. We therefore recommend doing this exercise with your students at the beginning of the semester when everything is still relatively new to the students.

Step 1: Spend some time thinking about your values. Choose two or three values from the list below that are most important to you.

Step 2: Now, take ten minutes or so to write about why these values are important to you. Why do these values give meaning to your life, or make you feel happy? Don’t worry about spelling or grammar on this occasion – just focus on your feelings.

Behavioural Insights for Education: A practical guide for parents, teachers and school leaders was written by Fionnuala O’Reilly, Dr Raj Chande, Bibi Groot, Michael Sanders and Zhi Soon. It was published by Pearson as part of our Open Ideas series. You can download the full guide here.