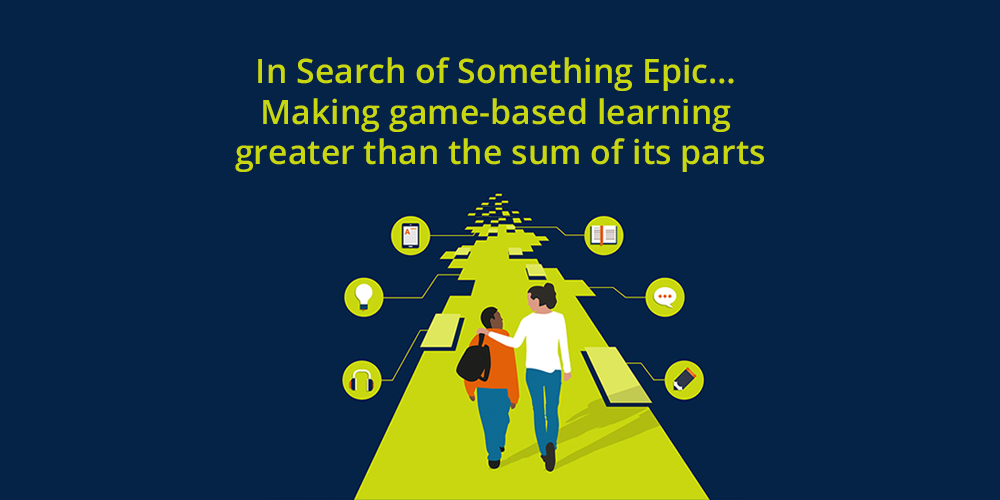 Digital games have come a long way since the days of Pong. Gone are the repetitive environments within linear levels reliant on lightning-quick hand-eye coordination to succeed. Instead, we have open worlds and games driven by player choice with almost infinite possibilities.

In the learning process, games would appear to lend themselves well to blended environments. Learners can become immersed in a richly contextualised world, offering the chance to connect and collaborate with classmates and teachers in and out of class (Second Life being a prime example in the world of education). Tasks can be set in class or in the game world with the learner then free to choose their path of exploration.

But it does not always work that way. Despite long-standing interest in using games for language learning – with research into text-based adventures taking place as far back as the 1980s – unfortunately digital games remain misunderstood and misused in many ELT contexts.

Is the whole idea then a waste of time? Well, as we shall explore in the remainder of this article, that very much depends on what the game is and how it is being used…

On the face of it, these sound perfect – combine the powers of a game developer and an educational materials provider and, voila, magic happens. Only it doesn’t. Many games for education fall flat. Learners find them repetitive, boring and lacking in authenticity. In many ways, they resemble the digital games of old, relying on motor skills to pop balloons or receptive following of instructions to complete a task that is based on a forced, discrete language point.

Sadly, the perfect combination of a games designer that is also well-versed in pedagogical principles is extremely rare, and many publishers simply don’t have the budgets to produce much more than simple point-and-click flash games.

So what is it about “good” games that educational ones lack? For starters, an immersive world where players can explore and interact with the game environment. Sheer scale is another – commercial games can offer hundreds of hours of gameplay without becoming repetitive.

But perhaps the most important factor is player control. Games that keep players coming back allow for manipulation of the game world, choice and trial and error.

Possibly the greatest example at present is Minecraft. Despite its retro appearance, this is an incredibly complex yet easy to “pick up and play” open world game. Start a game in creative mode and the only limit is the player’s imagination. That makes it something players want to talk about and collaborate on.

I have seen nine and ten year-old students create amazing projects in Minecraft such as entire cities and farms. They have then produced screencast videos narrated in English to show in class or share on our blog. The language is completely student-generated and the end product is completely student-owned – something very hard to achieve with a CD-ROM drag and drop game.

Minecraft is not the only option of course, and no single game will ever have universal appeal. With older learners and in different contexts, puzzle-based games like Portal 2 have been successful in promoting critical thinking skills. Narrative-based titles like Her Story have also been used to engage students through discussion and collaborative play. It’s all about finding the right fit for your class.

So, once we have identified a game that our students are into and is easy to access, what do we do with it? The temptation is there to go with what we know and impose “traditional” language learning activities onto the game.

An example of this appeared in summer 2016 as the craze of Pokémon GO spread around the world at a seemingly unstoppable rate. Almost as quickly, blogs and articles started to appear about tapping into the educational potential of this location-based augmented reality app.

But what were the activities? The same as you would find in any ELT coursebook: draw a map to a Pokémon location and give directions for getting there; write a description of your favourite Pokémon; design your own monster and make a poster…

This kind of thinking has been applied to other games as well. Teachers create walkthrough guides and have students complete them as gap-fills, or we use the game to teach sets of vocabulary.

The problem is, this strips away all the features that make games great for learning by placing restrictions on what the players can do. The language is forcibly stuck onto the game and the element of player control is greatly diminished. I will freely admit that this was how I first used games with my students but, if game-based learning is to truly take off, a different approach is needed.

What approach, then, works best with games? If not gap-fills and extracting language from the game, then what? Over the past couple of years, as I have used games more often in and out of class, I have come to realise that they work much better for my learners when they are allowed to generate the language from their playing experiences.

Apart from the Minecraft projects outlined above, one way I have gone about this is to have students keep notes as they explore the game. We then put these to use in various ways. They might write a journal from the point of view of their in-game character to share on our class blog, or they might get together and reflect on their experiences, exchanging ideas as they do so. In place of gap-fill walkthroughs, we might produce a guide to the game ourselves or I will get them to teach me how to play, thus reversing the traditional classroom roles. In terms of language in the game rather than pre-teach them what I think they need to know, I have them note down and research chunks of language they are unfamiliar with and we build up our own glossary for the game.

It’s all about what gaming expert Jane McGonigal describes as “epic meaning” – the idea that the players collectively produce something great that they could not have achieved alone.

Modern games encourage exploration and manipulation of the game world along with interaction with and within it. For game-based language learning to no longer be seen as a waste of time, it needs to promote exactly the same things.

Share your innovation for a chance to win the Pearson ELT Teacher Award
We’ve just launched a new Pearson ELT Teacher Award! Aiming to recognise and celebrate teachers, the Award is open for any English teacher who has developed innovative ways of teaching in their classrooms. You may have used technology or digital tools in unique ways or re-invented traditional tasks. The Award encourages teachers to enter who can show that their ideas are not only unique but have improved learner engagement, motivation and success. 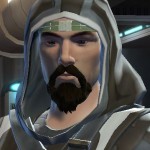 David Dodgson, originally from the UK, works for the British Council in Bahrain as the ICT coordinator. He has also worked in Turkey and Gabon, gaining experience with young learners, adults, ESP and EAL classes. He holds an MA in EdTech and TESOL as well as a Trinity Diploma and has a keen interest in using digital games as authentic materials for language learning, which he blogs about at eltsandbox.weebly.com. Email: dave.dodgson@gmail.com

How using technology in the classroom can work for you
Previous

The GSE Teacher Toolkit: A fully searchable database to help raise standards
Next