The Virtual Classroom: Language Learning in the Future

In honour of Digital Learning Day, we’re exploring how technological advances will shape language learning in the future especially when it comes to the virtual classroom. In Douglas Adams’ comedy science fiction series Hitchhiker’s Guide to the Galaxy, by far the weirdest of many bizarre alien... 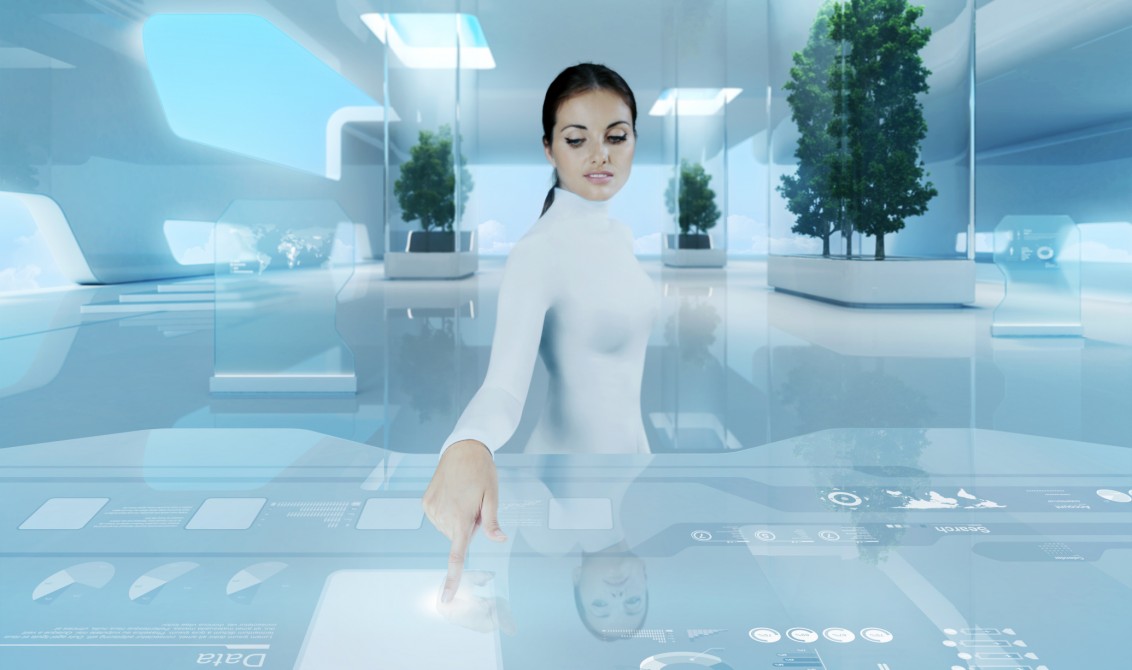 In honour of Digital Learning Day, we’re exploring how technological advances will shape language learning in the future especially when it comes to the virtual classroom.

In Douglas Adams’ comedy science fiction series Hitchhiker’s Guide to the Galaxy, by far the weirdest of many bizarre alien species is the Babel fish, a small yellow creature that feeds on brainwave energy, which, when inserted into one’s ear, automatically translates between any two languages. As smartphone apps and PC software get increasingly more sophisticated, they’re closing fast on being able to achieve much the same thing.

But where’s the fun in that? Sure, a ‘universal translator’ might be convenient for unavoidable business dealings or for getting by on holiday for a week or so, but even if it worked perfectly it could never replace the satisfaction of joking with new friends, or flirting with a romantic interest, in their native language.

Computers might not be renowned for their appreciation of subtlety and nuance, but they are useful tools, and, while the demand for language learning will continue well into the future, the march of technology will mean that the classrooms of a few decades hence will look as strange to us as the chalk-and-slate of old.

Will the virtual classroom take over learning?

In fact, physical classrooms may not need to exist at all. There’s already a proliferation of online distance learning, with an estimated 22 million students benefitting from an industry now worth around $70 billion (£45bn). It’s convenient, allowing people to learn in their own time in their own space rather than having to attend a timetabled course far from home or work, and can give a greater flexibility in what is learned, and at what stage of the process.

Research suggests there’s no significant difference in outcomes whether from ‘traditional’ or distance-learning courses, but there are frequently still concerns about whether the latter allow enough communication between teacher and student, and among students themselves – language is, after all, about interaction.

But just as videoconferencing is starting to negate the need to travel to hold business meetings in person, technology could come to recreate the more traditional classroom experience virtually.

One Bolivia-based company is even encouraging its students to practice and further develop their language skills by talking to real people – or at least their avatars, in the virtual world Second Life. (Although much communication in such simulated environments is often text-based, Second Life added realtime voice communication in 2007.) For those learning English, it recommends looking to meet people in the digital versions of London, New York, Dublin and Liverpool.

Using tech in this kind of way is almost second nature to young people who’ve grown up with the internet – ‘digital natives’ – and as it improves it’s not hard to imagine recreating a classroom virtually, with students from around the globe assembling in their own bit of the web. Avatars can also negate any preconceptions about, say, race or gender – although they inevitably also make reading body language impossible.

Will virtual classrooms will ever fully replace face-to-face interaction between teachers and their students? What are the limitations of virtual learning? Share your thoughts on Facebook, Twitter and LinkedIn.

Who are the biggest role models for English language learners?
Previous

“Learning English opened the doors to the world and my dreams.”
Next