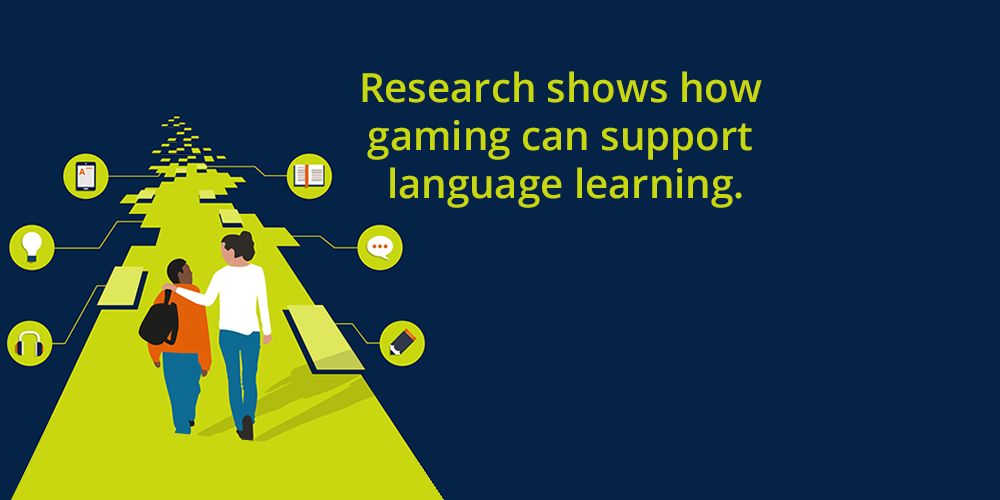 Both academics and teachers have been writing about the benefits of using games in the language classroom for many years. Wright et al (1984), Lee Su Kim (1995), Ubermann (1998), Ersoz (2000), Yong Mei and Yu-Jin (2000), Thi Thanh Huyen and Khuat Thi Thu Nga (2003) are all pretty much agreed that games: provide a useful and meaningful context for language use; encourage students to interact and communicate; can both challenge and reduce anxiety (as the emphasis is on the message not the form); provide practise in all four skills; and help students to make and sustain the significant effort involved in learning a language.

Kim and others have also noted that games can offer a welcome break from the usual routine of the language class. This is a view I’ve heard from many teachers I have met when asked how and when they use games. Playing a game after an intensive test or with over-excited students after break time can help re-engage learners instantly in your lesson and you’ll maximise your time with them.

Lengeling and Malarcher (1997) took the list of potential benefits of games in the classroom even further:

It is important to bear in mind that when the above was written nearly 20 years ago, it was with reference mostly to more traditional games. But more recent evidence seems to indicate that the same principles apply. Some additional benefits cited by teachers I’ve spoken to are that:

So, playing games can help students learn a language – but is just playing them enough? Another teacher I spoke to said she liked using games with less motivated classes who wouldn’t engage with straight practise activities, and would willingly use key vocabulary and structures in a game, gaining much-needed practise without even realising it. In the language-learning context of today though, is that a good thing?

In recent years, there has been a much research to show that students learn better when the intention or objective of the lesson is clear to them. In short, they understand what they’re supposed to be learning and why and, when taking it to the next level, can assess their own learning and be actively involved in planning their next steps.

Would knowing that the games they play are actually a way of doing some additional language practise make these students engage less? Opinion differs and some discussion seems to centre around the actual activity involved. Some games are thinly veiled group-work tasks, but other games that are at the right proficiency level (or slightly above) and take into account factors like cultural context, available time, learning topic, and the classroom setting are generally considered to have a positive impact.

Another major influence on improving motivation is the feedback a student receives, and this is something games can also support. Online games can provide richer simulated learning experiences and immediate feedback to students in a variety of ways.

Above all, the main issue for the less motivated students is usually that they can’t see why they need to learn English. Playing games not only simulates ‘real’ contexts, but also helps them understand that they can accomplish a variety of tasks using English as a medium which is motivational in itself.

As teachers, we have a responsibility to explain how or why games will help students learn. This can equally motivate learners (or parents) who fear that playing games is just frivolous time-wasting. For example, informing even adult students that a simple hangman or hotseat game helps them improve spelling skills, gets their brains focused on recognising the shape and structure of new words, and facilitates their learning of new vocabulary soon helps them see the value (Simpson 2011).

Maybe we can draw the conclusion that games can positively impact learning – but is  that even enough? Today’s teachers have to ensure not just that their students learn but that they acquire the skills they need for life and jobs in the 21st century. Can games help here too? This is a newer area of research, but evidence seems to indicate that games can help students learn a variety of important skills such as critical thinking skills, creativity, teamwork, and good sportsmanship.

These ideas have been taken seriously by Robert Morris at a University in Chicago, who offered an e-sports scholarship for the first time last year. They studied two groups of students – football players and gamers – and found that levels of competitiveness, perseverance, focus and determination were very similar and both groups showed similar desire to excel as part of a team. Both ‘sports’ required the team members to be detail orientated, have good hand-eye co-ordination and a strategic mind. The only difference was in the level of cardiovascular activity. Both groups received performance analysis and tactical advice from coaches and both have subsequently made improvements.

How many universities will start to offer these types of programmes remains to be seen, but the idea that online competitive gaming can improve performance is being voiced in the workplace too. Hart Lee posted a blog on the Blanchard leadership site recently about what virtual teams could learn from playing role-based collaborative games. Team members have set roles, clear and shared goals and have to work closely together to formulate an action plan to achieve them. Teamwork, skill, strategic thinking and communication are essential. All these are important skills for today’s workplace, so maybe gaming can provide an opportunity to hone these in a lower-risk environment and improve business performance.

These examples are clearly far from the norm, but they do seem to indicate that using gaming to support learning in the classroom is not a waste of time. When you get the right mix of gaming and learning, it develops a student’s autonomous learning skills and encourages them to spend more time on task – both of which have a big impact on learner outcomes.

The Use of Games For Vocabulary Presentation and Revision by Agnieszka Uberman. Forum Vol. 36 No 1, January  – March 1998 P20.

Why Use Games in the Language Classroom? by Adam John Simpson. HLTMag, Issue 2, April 2011.

Getting to Grips with Assessment. Impact Leaflet – National Foundation for Educational Research.

3 Things a Competitive Video Game Taught Me About Virtual Teams

Share your innovation for a chance to win the Pearson ELT Teacher Award
We’ve launched a new Pearson ELT Teacher Award! Aiming to recognise and celebrate teachers, the Award is open for any English teacher who has developed innovative ways of teaching in their classrooms. You may have used technology or digital tools in unique ways or re-invented traditional tasks. The Award encourages teachers to enter who can show that their ideas are not only unique but have improved learner engagement, motivation and success.

How to enter the Pearson ELT Teacher Award
Next