How do English phrases travel from country to country?

On the European Day of Languages, linguist, writer and lecturer David Crystal explores how English words and phrases travel across different languages… All living languages change. It’s a fact of life that some people find uncomfortable, but that no one can prevent. The only languages... 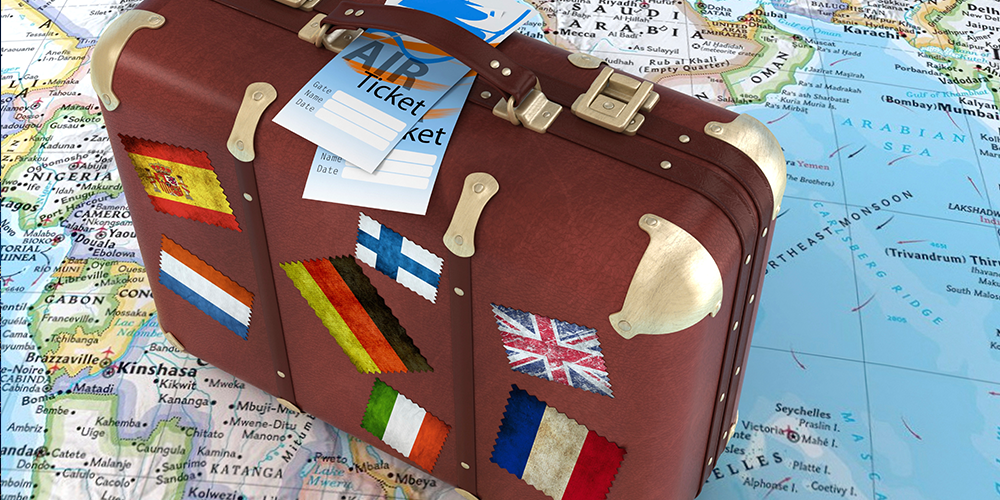 On the European Day of Languages, linguist, writer and lecturer David Crystal explores how English words and phrases travel across different languages…

All living languages change. It’s a fact of life that some people find uncomfortable, but that no one can prevent. The only languages that don’t change are dead ones. How does change happen? The chief way is through mutual influence, when languages – which means people – come into contact with each other. An immediate effect is that words and phrases begin to be exchanged.

The history of English shows this taking place from the very beginning. When the Germanic tribes first arrived in Britain, bringing with them the dialects that would become English, their vocabulary already contained words and phrases borrowed from Latin, a consequence of the interaction with the soldiers of the Roman Empire. Today we think of such words as “butter”, “cup”, “kitchen”, “mile”, and “street” as true English words, but they are all Latin in origin (“butyrum”, “cuppa”, “coquina”, “mille”, “strata”), taken into Germanic while the tribes were still on the European mainland.

The process continued over the centuries. An everyday word like take reminds us of the Viking invasions, for this came from Old Norse “tacan”. So did “knife” (from “knifr”). Even basic grammatical items were affected: “they”, “them”, and “their” are all from Old Norse. When the French arrived, in the eleventh century, the borrowing became a flood, with thousands of French words expanding the vocabulary to an unprecedented size, in such domains as law, religion, politics, food, and the arts – “duke”, “abbot”, “war”, “peace”, “pork” and “beauty”. During the Renaissance, Latin added tens of thousands more. In all cases, the words travelled because cultural contact – in its broadest sense – made them do so.

This history of contact is one of the reasons that English has so many near-synonyms: we can “ask” (from Old English), “question” (from French), and “interrogate” (from Latin). We can talk about a “fire”, “flame”, and “conflagration”; “kingly”, “royal”, and “regal”. But although French and Latin are the dominant voices, they are put in the shade by the accumulated impact of the many languages that English has since encountered as its speakers moved around the globe, especially in the days of the British Empire. Today, a search through the files of any major dictionary shows the presence of hundreds of languages, from “aardvark” (Afrikaans) to “zygote” (Greek). It’s been estimated that around 80 per cent of present-day English vocabulary comes from languages other than the original Anglo-Saxon Germanic. English seems always to have been a vacuum cleaner of a language, sucking in words from whatever culture it happened to be in contact with. The process continues. In 2016, dictionary-writers were considering such new borrowings as “matcha” and “sencha”, Japanese words for types of green tea.

But not everything in language change is due to borrowing. In fact, when we look at recent lists of updatings in the dictionary world, we find hundreds of phrasal expressions, such as “solar farm”, “travel card”, “skill set”, “cold caller”, “air punch”, and “set menu”. Blends of existing words form an increasingly large component of modern vocabulary, such as “glamping” (glamorous + camping) and “Pokemon” (pocket + monster), as do internet abbreviations, such as “GTG” (got to go) and “BRB” (be right back). And it’s here that we see the most noticeable phenomenon of the last few decades: the impact of English on other languages. The travelling is now going in both directions.

A decade ago, Manfred Görlach published his Dictionary of European Anglicisms, showing English to be “the world’s biggest lexical exporter”. The book lists hundreds of words and phrases that have entered the languages of Europe. A small selection from letter “A” shows “ace” (from tennis), “aerobics”, “aftershave”, “AIDS”, and “aqualung”, as well as phrases such as “acid house” and “air bag”. The factors are exactly the same as those that brought foreign words into English in the first place, such as business, culture, medicine, sport, the arts, popular music, science and technology. The difference is that these expressions come from all over the English-speaking world, with American English the primary supplier, thanks chiefly to its presence in the media.

It is the media that provides the main answer to the question “how?” In the old days, it was face-to-face contact that caused expressions to be shared, and it would take time for words to travel – a generation before a word would become widely used. Today, the use of English in film, television, and especially the internet allows word-travel to take place at a faster rate than ever before. A new word or phrase invented today can be around the globe by tomorrow, and if it appeals it will spread on social media and become part of daily use in no time at all. Even an everyday phrase can receive a new lease of life in this way. When Barack Obama gave his victory speech in 2008, suddenly everyone was saying “Yes We Can” in a fresh way.

Many countries try to resist the borrowing process, thinking that an uncontrolled influx of English expressions will destroy their language. The evidence from the history of English shows that this does not happen. Because of its global spread, English has borrowed more words than any other language – and has this caused its destruction? On the contrary, in terms of numbers of users, English is the most successful language the world has ever seen.

Borrowing does change the character of a language, and this too is something that causes concern. But again, I ask: is this inevitably a bad thing? Shakespeare would have been unable to write his characters in such an effective way without all those borrowings from French and Latin. A great deal of his linguistic playfulness and creativity relies on the way everyday words are contrasted with their scholarly or aristocratic counterparts. In Love’s Labour’s Lost, Don Armado gives Costard a coin as a tip, calling it a “remuneration”. Costard has no idea what the word means, but when he looks at his coin he realises he’s been given a tiny amount. “Oh, that’s the Latin word for three farttnings”, he reflects. “I will never buy and sell out of this word”. It always gets a laugh from an audience.

Keeping up-to-date with language change is probably the greatest challenge facing foreign-language learners, simply because there is so much of it. Textbooks and teachers face a daily risk of falling behind the times. But the risk can be reduced if we build an awareness of change into the way we present a language. And understanding the natural processes that underlie linguistic change is the essential first step.

David works from his home in Holyhead, North Wales, as a writer, editor, lecturer, and broadcaster. Born in Lisburn, Northern Ireland in 1941, he spent his early years in Holyhead. His family moved to Liverpool in 1951, and he received his secondary schooling at St Mary’s College. He read English at University College London (1959-62), specialised in English language studies, did some research there at the Survey of English Usage under Randolph Quirk (1962-3), then joined academic life as a lecturer in linguistics, first at Bangor, then at Reading. He published the first of his 100 or so books in 1964, and became known chiefly for his research work in English language studies, in such fields as intonation and stylistics, and in the application of linguistics to religious, educational and clinical contexts, notably in the development of a range of linguistic profiling techniques for diagnostic and therapeutic purposes. He held a chair at the University of Reading for 10 years, and is now Honorary Professor of Linguistics at the University of Wales, Bangor. Learn more here: http://www.davidcrystal.com/biography