11 ways you can avoid English jargon at work

From “blue-sky thinking” to “lots of moving parts”, there are many phrases used in the office that sometimes seem to make little sense in a work environment. These phrases are known as ‘work jargon’ – or you might hear it referred to as ‘corporate jargon’,... 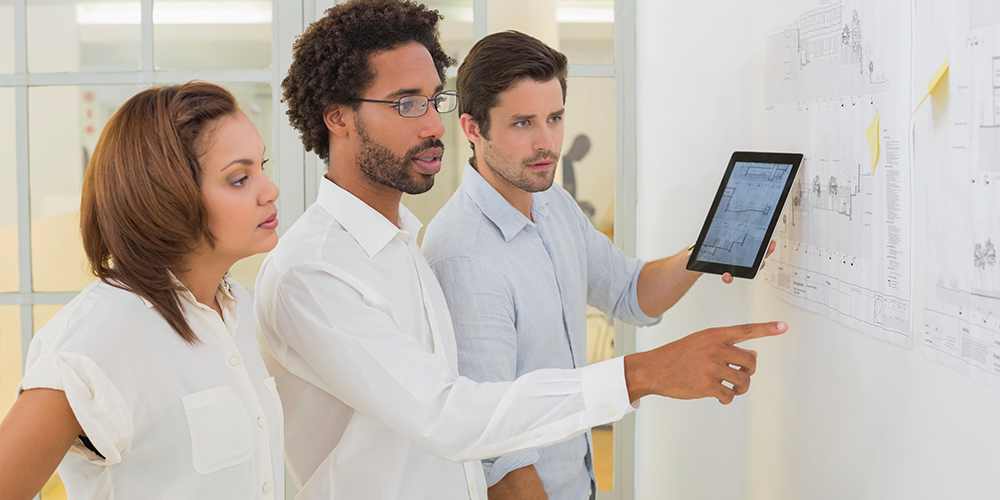 From “blue-sky thinking” to “lots of moving parts”, there are many phrases used in the office that sometimes seem to make little sense in a work environment. These phrases are known as ‘work jargon’ – or you might hear it referred to as ‘corporate jargon’, ‘business jargon’ or ‘management speak’. It’s a type of language that is generally used by a profession or group in the workplace and has been created and evolved over time. And whether people use this work jargon to sound impressive or to disguise the fact that they are unsure about the subject they are talking about, it’s much simpler and clearer to use plain English. That will mean that more people understand what they are saying – both native and non-native speakers of the English language!

The preference for plain English stems from the desire for communication to be clear and concise. This not only helps native English speakers to understand things better, but it also means that those learning English pick up a clearer vocabulary. This is particularly important in business, where it’s important that all colleagues feel included as part of the team and can understand what is being said. This, in turn, helps every colleague to feel equipped with the information they need to be able to do their jobs better, in the language they choose to use.

Here, we explore some of the most common examples of English jargon at work that you might hear and suggest alternatives you can use…

This refers to ideas that are not limited by current thinking or beliefs. It’s used as a way of encouraging people to be more creative with their thinking. The phrase could be confusing as co-workers may wonder why you’re talking about the sky in a business environment.

Instead of: “This is a new client, so we want to see some blue-sky thinking.”

Try saying: “This is a new client, so don’t limit your creativity.”

This phrase is often used to mean a broad overview of the business. It comes from the idea of being a passenger in a helicopter and being able to see a bigger view of a city or landscape than if you were simply viewing it from the ground. Non-native English speakers might take the phrase literally, and be puzzled why someone in the office is talking about taking a helicopter ride.

Instead of: “Here’s a helicopter view of the business.”

Try saying: “This is a broad view of the business.”

Get all your ducks in a row

This is nothing to do with actual ducks, it simply means to be organised. While we don’t exactly know the origin of this phrase, it probably stems from actual ducklings that walk in a nice and neat row behind their parents.

Instead of: “This is a busy time for the company, so make sure you get all your ducks in a row.”

Try saying: “This is a busy time for the company, so make sure you’re as organised as possible.”

Thinking outside the box

Often used to encourage people to use novel or creative thinking. The phrase is commonly used when solving problems or thinking of a new concept. The idea is that, if you’re inside of a box, you can only see those walls and that might block you from coming up with the best solution.

Instead of: “The client is looking for something extra-special, so try thinking outside the box.”

Try saying: “The client is looking for something extra-special, so try thinking of something a bit different to the usual work we do for them.”

A college principal alerted us to this one – it refers to his students. This is a classic example of jargon when many more words are used than necessary.

Run it up the flagpole

Often followed by “…and see if it flies” or “…and see if anyone salutes it”, this phrase is a way of asking someone to suggest an idea and see what the reaction is.

Instead of: “I love your idea, run it up the flagpole and see if it flies.”

Try saying: “I love your idea, see what the others think about it.”

A visual element – a bit like a flow chart –  that distinguishes a specific responsibility in a business organisation. The name for a swim lane diagram comes from the fact that the information is broken up into different sections – or “lanes” – a bit like in our picture above.

Instead of: “Refer to the swim lanes to find out what your responsibilities are.”

Try saying: “Refer to the diagram/chart to find out what your responsibilities are.”

A way to describe something that is innovative or cutting-edge. It tends to imply an even greater advancement of technology that is almost so clever it is unbelievable in its current state.

Instead of: “The new technology we have purchased is bleeding edge.”

Try saying: “The new technology we have purchased is innovative.”

A tiger team is a group of experts brought together for a single project or event. They’re often assembled to assure management that everything is under control, and the term suggests strength.

Instead of: “The tiger team will solve the problem.”

Try saying: “The experts will solve the problem.”

When a project is complicated, this phrase is sometimes used to indicate there is lots going on.

Instead of: “This project will run for several months and there are lots of moving parts to it.”

Try saying: “This project will run for several months and it will be complicated.”

Technically, this is a valid way to describe changing how you do something and the model you use. The word “paradigm” (pronounced as “para-dime”) is an accepted way or pattern of doing something. So the “shift” part means that a possible new way has been discovered. For non-native speakers, however, they might not be familiar with the meaning and might be confused about what it actually means.

Instead of: “To solve this problem, we need a paradigm shift.”

Try saying: To solve this problem, we need to think differently.”

These phrases simply scratch the surface (wait…is that jargon too?!) of all the jargon used in the office. What phrases do you hear in your job? Are there any that you love using or could use help with? Let us know in the comments section below…

Immerse yourself in our Blended Teacher blog series
Next