With English becoming a truly global language, it’s certainly a useful skill to possess in the working world. It’s no wonder that research has shown that about two thirds of learners in global markets such as Asia, Europe and South American are learning English in... 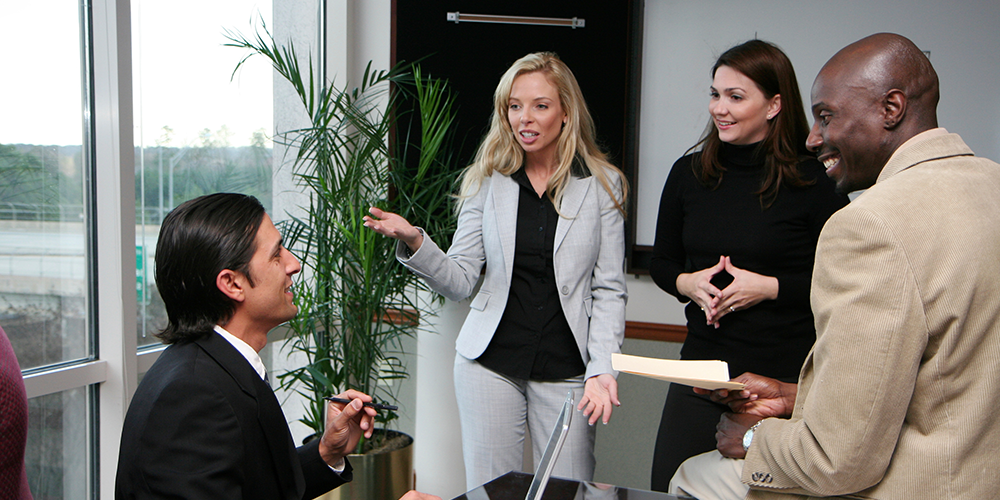 With English becoming a truly global language, it’s certainly a useful skill to possess in the working world. It’s no wonder that research has shown that about two thirds of learners in global markets such as Asia, Europe and South American are learning English in order to apply for jobs in their native country or to work overseas. But you might be surprised to learn that there are other ways English helps your career. Read on to find out how having a good grasp of the language can improve the way you deal with tasks, help you make better decisions and possibly even boost your earning power…

1. Not speaking a second language may actually hold employees back

Not only is having a second language advantageous to individuals and the businesses they work for; speaking only one language may become an impediment to careers in future.

“There is a glass ceiling developing for monoglots within global businesses beyond a certain point; unless they’ve had overseas experience and have cultural awareness and probably a language, they’re not going to get into the more rarefied atmosphere,” says Richard Hardie, Chair at UBS.

Aside from the obvious communication benefits of improving English; Andrew Hill, Associate and Management Editor at the Financial Times, suggests there is scientific research, “Indicating that multilinguals are more agile; that they have more capability of dealing with multiple tasks.”

If you think that having a native familiarity with a language makes you more comfortable with using it to make decisions, you could be wrong.

Soft power certainly doesn’t mean a softening of abilities – quite the opposite, in fact. A concept developed by Joseph Nye of Harvard University, it is defined as: “A persuasive approach to international relations, typically involving the use of economic or cultural influence – rather than coercion or payment.”

Traditionally associated with international diplomacy, soft power can be useful in roles requiring mediation, networking and the building of client relationships.

These ‘soft power’ abilities (as mentioned in item 5, above) that multilinguals have means they’re better at negotiating “partly because they can see the other person’s perspective; they can anticipate the other person’s point of view and respond,” says Antonella Sorace, Professor of Development Linguistics at Edinburgh University. This would be particularly useful in roles that require negotiations around contracts.

6. English could help you earn more

According to this Pearson infographic, employees feel that improved English would allow them to earn around US$5,000 more per year. And while that would mean greater expenditure for businesses, for the reasons given above – and more – this could also mean a more efficient, not to mention galvanized, workforce providing more long-term financial benefits.

A guide to the GSE Learning Objectives
Previous

6 easy ways to learn English
Next