“English became a refuge for me.”

For this week’s #ThankfulThursday interview we speak with Marianna Goral, an English language lecturer for Regent’s University of London who has been in the ELT business for more than 10 years!  Her English teaching journey takes us across the globe: from Germany, to Australia, to... 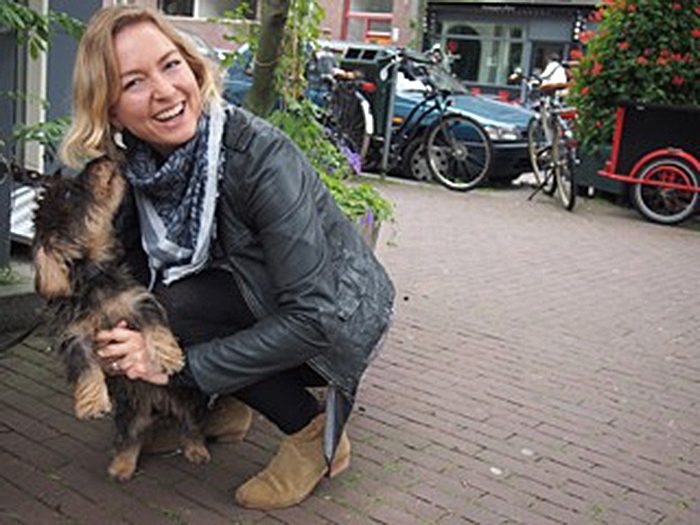 For this week’s #ThankfulThursday interview we speak with Marianna Goral, an English language lecturer for Regent’s University of London who has been in the ELT business for more than 10 years!  Her English teaching journey takes us across the globe: from Germany, to Australia, to Poland and then finally to the United Kingdom. A truly global English language teacher, English has connected Marianna to many different places in her life.

“My story is a little convoluted. Basically, I have Polish heritage even though my parents met in Berlin, where they lived for several years. A year after I was born in Berlin, they decided to move the family to Australia. My dad had previously lived there so it was easy for him to return but, for my mom and I, it was very difficult to get a visa to Australia! We kept getting visas to other English-speaking countries like America, New Zealand and South Africa. We were determined to join my dad and ended up waiting a full year to get the visa we wanted! So I grew up in Sydney and consider myself a native English speaker even though I was also raised speaking Polish.

Because of their connection to home, my parents moved us back and forth a few times between Poland and Australia while I was growing up. By the time I was nineteen years old, my parents had moved back to Poland again and I was enticed by the idea of a gap year. That’s how I fell into teaching.

At the time, Poland was crying out for native English speakers and therefore teachers. Plus, all these international companies where coming into Poland and the Polish staff needed to improve their English skills. The market had just opened, Berlitz was a really big player on the market and the Polish staff needed English speakers—that’s how I got into it, looking for a better way than waiting tables to save money to travel.”

How important has English been to you in your life?

“English almost saved me in a way—without sounding too dramatic! When I was in Poland and nineteen years old, I’d moved away from my home country of Australia and dropped out of university after my first semester . I found myself in a completely different reality—people-wise, weather-wise, language-wise—everything was different and it was hard! English became a refuge for me because I felt quite aliened in Poland. Although I’m Polish—I didn’t really grow up in Poland. Even though I could speak Polish, I was much more confident using English.

It wasn’t just about this amazing opportunity that I got— after a two week certification course I was recognized as a professional English language teacher and I was ready to go! I suddenly became this sought-after professional . At Berlitz, we had amazing contracts with internationally recognized brands like Volkswagen and Cussons.  On top of all of that with my English speaking colleagues—I had a little oasis, a little bubble, in a place where I wasn’t quite comfortable.”

Today, Marianna just can’t stay away from English language teaching and has been in the industry since 1999. Overtime, she’s moved into academia and now teaches students at Regent’s University London, a progression she’s very grateful for even though the students she teaches today are quite different than those she started out with. It’s a career she loves and has become incredibly passionate about. So much so that she’s the co-researcher for the paper titled “Developing Language Teacher Research”, a two-year research project that will be delivered at the MGIMO University in Moscow later this month!

Test yourself: 10 English slang words and phrases you need to know
Previous