English as a Lingua Franca: A Podcast with Jennifer Jenkins 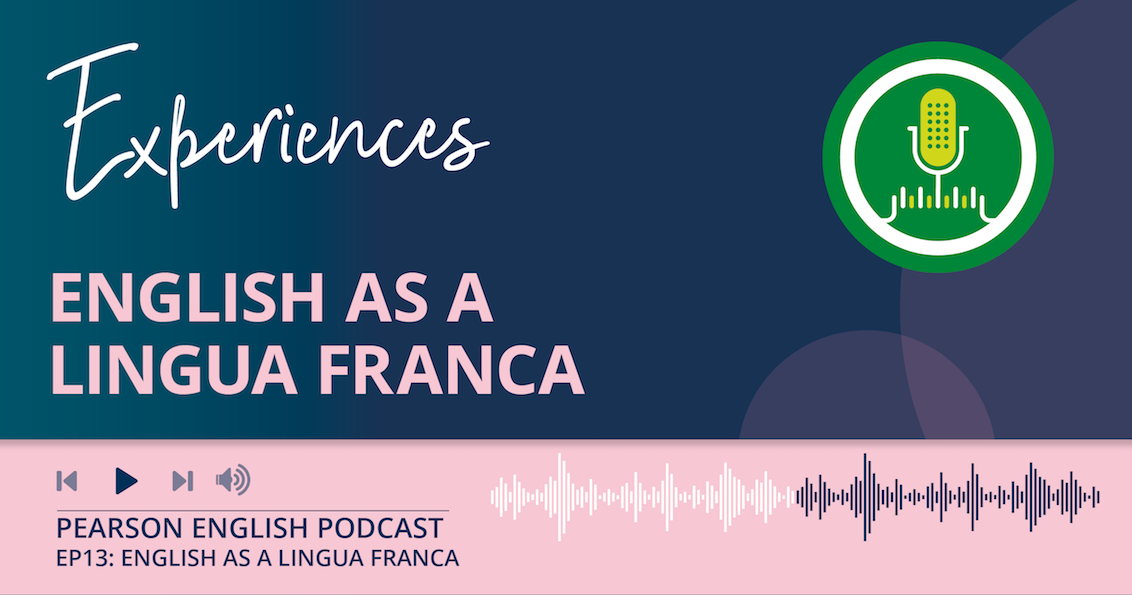 In this episode of the Pearson English podcast, the panel speaks with linguist Jennifer Jenkins to find out more about English as a Lingua Franca (ELF). Jennifer is the Emeritus Professor of Global English at the University of Southampton. She has spent the last two decades researching ELF.

Let’s explore her insights into ELF and what this means for the way we teach English.

What is English as a lingua franca?

It is estimated that around 75% of people who use English around the globe are non-native speakers. This means that the language is predominantly used as a lingua franca. But what does this mean?

Jennifer explains that ELF describes English when it is used as a common method of communication for people with different first languages. For instance, someone from Sweden talking to someone from Germany in English as their second language.

She began her career as an English language teacher in the 1980s. She taught students who had come from different countries with different first languages at all levels. She explains that these students could learn the rules of English and pass exams. However, she noticed that as soon as they left the classroom, they stopped using English in the way she had taught them.

She realised that they understood each other’s English enough without having to use it “properly”. She decided to research this phenomenon for her PhD in the 1990s. Through her research she discovered that this was actually the rule, not the exception. Non-native speakers were doing this together habitually. She observed that if they had a problem understanding each other’s English, they adapted and adjusted their language very quickly.

How has this affected English?

Jennifer argues that when English is being used between non-native English speakers, it is used differently, and so consequently sounds different. This is because non-native speakers modify their pronunciation, grammar and vocabulary.

She explains that this can be problematic. For example, native English speakers may think that these differences are errors that must be corrected. Yet, these “errors” may be perfectly acceptable to non-native speakers using ELF.

In this sense, non-native speakers use ELF for effective communication. It’s about making the other person understand you and being understood in return.

Is it time to rethink how we teach English?

With this in mind, should teachers change the way they approach teaching English? For Jennifer, teachers should find out what the language learners’ goals are at the beginning of the course. For her, it should be the students’ choice to decide what their learning goals are. You can find out what these goals are using a thorough needs analysis.

Of course, it’s perfectly normal for students who are living in an English speaking country to want to blend in with the local population. Yet, there can be problems with this, as there is no one accent or one way of speaking English. Students often say “I want to sound like a native speaker”, but which one? In the UK alone there are a huge variety of accents.

In light of this, Jennifer argues that it is much more useful for learners to know how to adapt and adjust their language to different situations. This is certainly more flexible than simply mimicking a native English speaker. They must be able to communicate with native and non-native speakers: to understand them and be understood.

Will English always be the lingua franca?

There is a discussion around the idea that one day English may not be the lingua franca. If it was once Latin, could it be something else in the future? Jennifer says that, for the foreseeable future, it will most likely continue to be English.

She argues that this is because English has spread to so many other parts of the world: it’s spoken in many countries as a second language. Yet, other languages, such as Mandarin, have not spread so widely. While a billion people speak Mandarin, the vast majority are in one country, China.

For Jennifer, it is not so much about the amount of people who speak the language, but rather whether it has spread to and influenced other parts of the world.

For more insights into this topic, you can find Jennifer Jenkins online at the University of Southampton.

You can also explore other podcast episodes such as Challenging native speakerism with Marek Kiczkowiak and How to support learners with dyslexia: a podcast with Martin Bloomfield.

Build Success Beyond the Classroom: An Introduction to Critical Thinking
Previous