How the world is embracing the English language

English is one of the most widely spoken languages across the globe and, each month, new people are beginning to teach and learn the language. Reflecting the popularity of English, there are signs that countries across the world are taking steps to embrace the language... 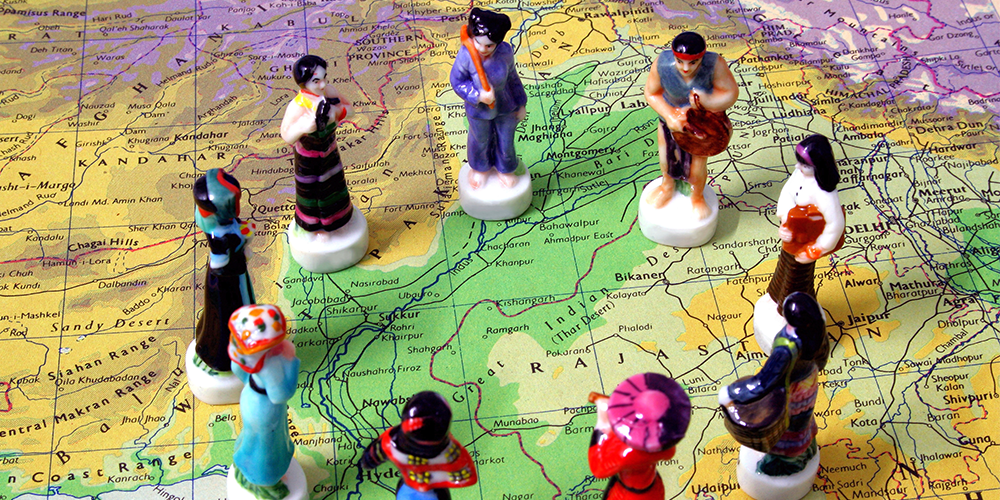 English is one of the most widely spoken languages across the globe and, each month, new people are beginning to teach and learn the language. Reflecting the popularity of English, there are signs that countries across the world are taking steps to embrace the language more and more. And that doesn’t just include changes in the places you might expect, such as work locations, tourist areas and in classrooms. Here are just a few ways that the world is embracing the English language…

The Bollywood film Love Games is a tense thriller that was released in April with a completely English soundtrack. While most Bollywood films have all or most of the featured songs with Hindi lyrics, the film’s director Vikram Bhatt penned all the songs in English. He acknowledged the popularity of speaking English – or Hinglish – in India by saying: “We felt that there was a need for it as English or rather ‘Hinglish’ is the mode of communication for most of the youth today. And, naturally, it is something the youth can easily relate to.”

From unilingual to bilingual

An affluent suburb of Quebec in Canada is making changes to reflect the fact that English is now as widely spoken as French. Changes are being made in Westmore to change the French-only parking signs to bilingual ones to recognise the increase in popularity of the English language.

The importance of English

Towards the end of last year, English was made the official second language in Sarawak, the capital of Malaysian Borneo. This was in order to increase competency in the language. Now, the ministers there are turning their attention to the more rural parts of the country, stating that children in those areas should be made aware of how important it is to learn the language. Infrastructure Development and Communications Minister Dato Sri Michael Manyin Jawong says: “Parents can start speaking English to their children during their daily conversations – it may not be perfect English or Queen’s English, but simple English so that children do not feel awkward learning and speaking the language.”

At the height of the cold war, schoolchildren in Cuba were taught Russian because the Soviet Union was Cuba’s closest ally. Now, though, as relations thaw with the United States, private English schools are offering English language classes to help the younger generation grasp the opportunities arising from Cuba’s new closeness to the old enemy. Although English has been the second most popular language in Cuba for many years, it is only recently that there has been a boom in English language lessons – a reaction to President Raul Castro and US President Barack Obama’s 2014 agreement to normalise relations. Even former President Fidel Castro has lamented his decision to focus on Russian. “The Russians learned English, the whole world learned English, and we learned Russian,” he says.

Hundreds of people in the Ultra-Orthodox Haredi community in Israel have flocked to a new initiative to help them learn English. The project was tentatively set up by local businessman Avigdor Rabinovich who thought it would help people to find employment. He spread the word on the WhatsApp smartphone application, and some 950 people signed up within 24 hours. Avigdor Rabinovich says: “Haredim are thirsty for tutoring in English as they try to enter the workforce and support their families with dignity.”

Our experts debate the "truths" in English language teaching
Previous

Download the Global Scale of English Assessment Framework
Next