The Pearson ELT Teacher Award recognizes excellence in English Language Teaching all over the world, and last year over 1,300 teachers entered the competition. As this year's deadline for video entries draws nearer, we decided to take a look at some of the outstanding submissions... 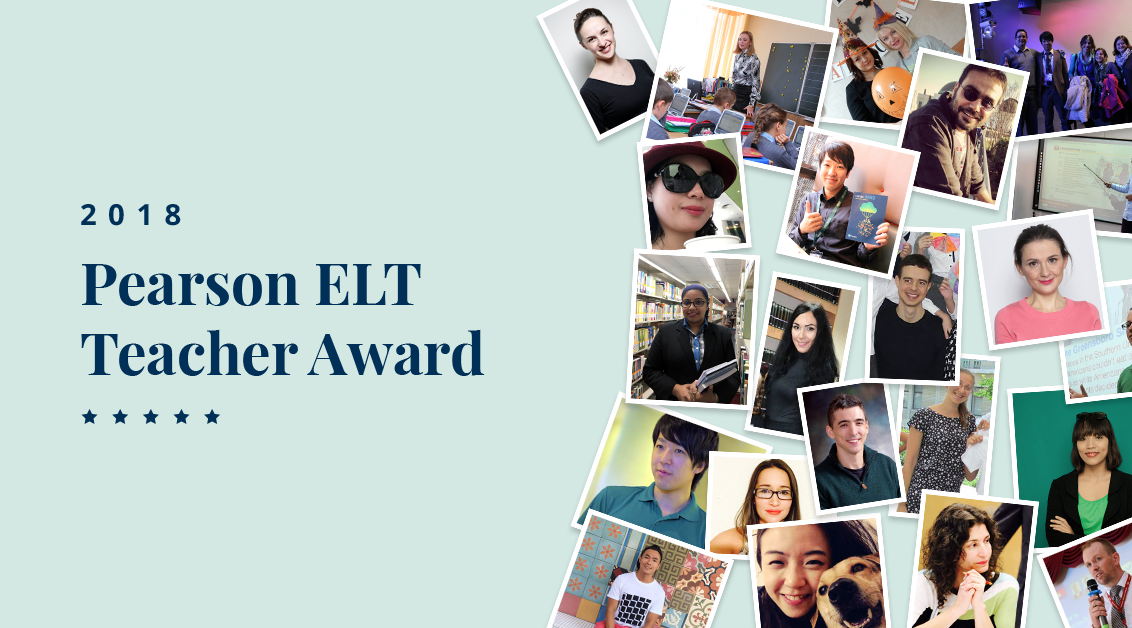 The Pearson 2018 ELT Teacher Award recognizes excellence in English Language Teaching all over the world. Last year, over 1,300 teachers entered the competition and more than 34,000 people voted for their favorite entries. The award, which celebrated innovation in teaching, was a huge success.

As this year’s deadline for video entries draws nearer, we decided to take a look at some of the outstanding submissions we had in 2017 to give you some extra motivation and inspiration.

“I simply love this kind of online and beyond formal school hours interaction.” – Nahla Nassar 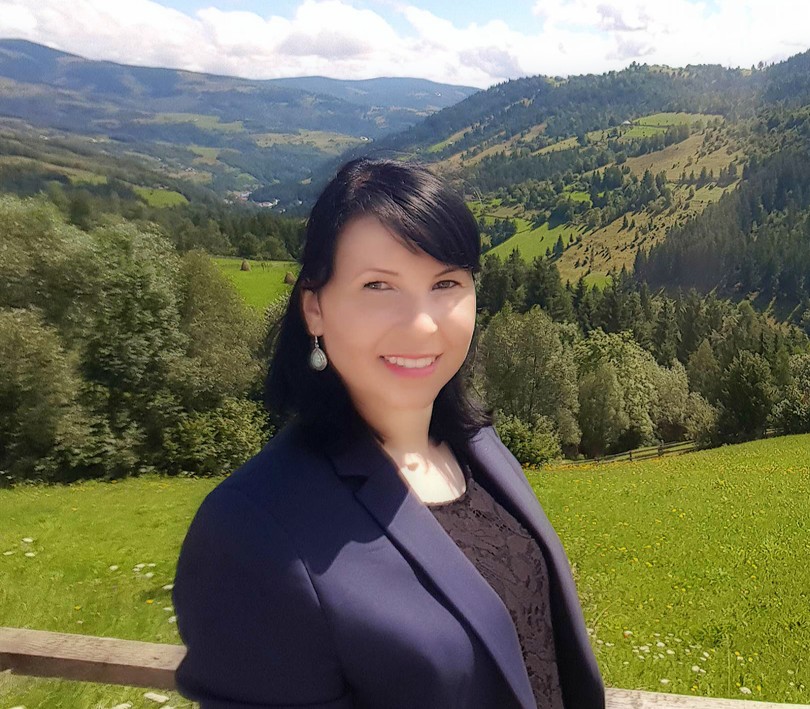 What better place to start than with Nahla Nassar, a high school teacher from Israel. For many of her students, English is seen as a third language, after Arabic and Hebrew. There’s a lot of pressure on their shoulders to do well in national exams and they tend to be shy and hesitant to participate in classroom activities.

She gets round this by incorporating technology into all aspects of her teaching. She uses Padlet for pre and post reading activities. She encourages students to record themselves and do homework using Vocaroo or Voki. She’s also able to chat with them before exams to get in some last minute practice with Google Hangouts.

View the other entries from Africa and Middle East.

“Their poor reading habits is the biggest challenge in English teaching. My learners were not willing to read even a single page in English.” – Shaukuth Ali 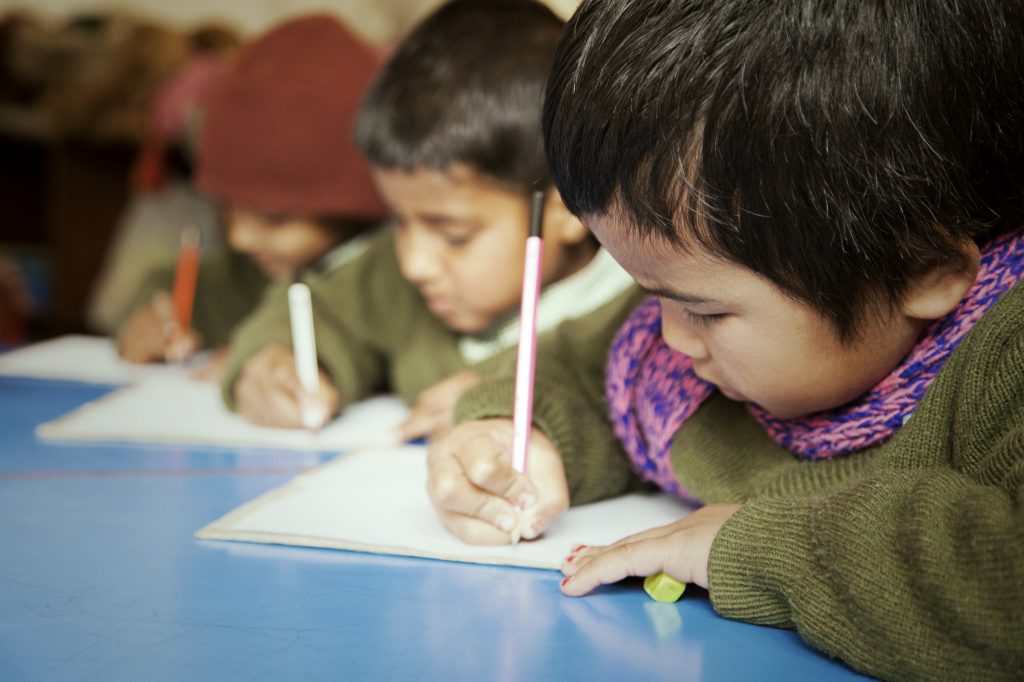 Shaukath Ali shows us that innovation doesn’t have to involve information technology. He works at a government primary school in a village in Kerala, India. Most of the children’s parents weren’t lucky enough to receive an education, and many can’t read or write. Therefore, the students have to look elsewhere for motivation when it comes to schoolwork and it has always been a struggle getting them interested in reading.

In an attempt to share his love of literature with her learners, Shaukath launched the ‘Read and Bloom’ project. It’s a relatively simple concept but the results were astounding.

Coming from farming families he chose something his students could relate to – plants. They were each given a picture of a tree with 10 branches. It was their responsibility to make sure the tree bloomed by collecting flowers from their teachers. Every time they finished reading a book in English, they received a flower and once their tree was complete – they were given a certificate.

Some students managed to read 10 books in two weeks – amazing!

View the other entries from Asia and Oceania.

“My students became more confident about their own speaking and online research skills.” – Barbara Anna Zielonka

Another inspiring high school teacher is Barbara Anna Zielonka from Norway. She made her classes as fun and relevant as possible by incorporating the idea of ‘Genius Hour’ and allowing students to choose what they’d like to learn.

First the students had to think of a question, something which they were really interested in. They then had to research the answer by contacting relevant experts via social media or email and then create oral presentations which were uploaded to YouTube and shared with students around the world.

Read an in-depth description of how she carried out the project or watch one of the final student presentations.

The four-week project had a huge impact on her students and helped change their attitude towards learning.

View the other entries from Europe and Central Asia.

“Many think they’re just not good in English and will never be. They lack a lot of confidence.” – Susan Drolet 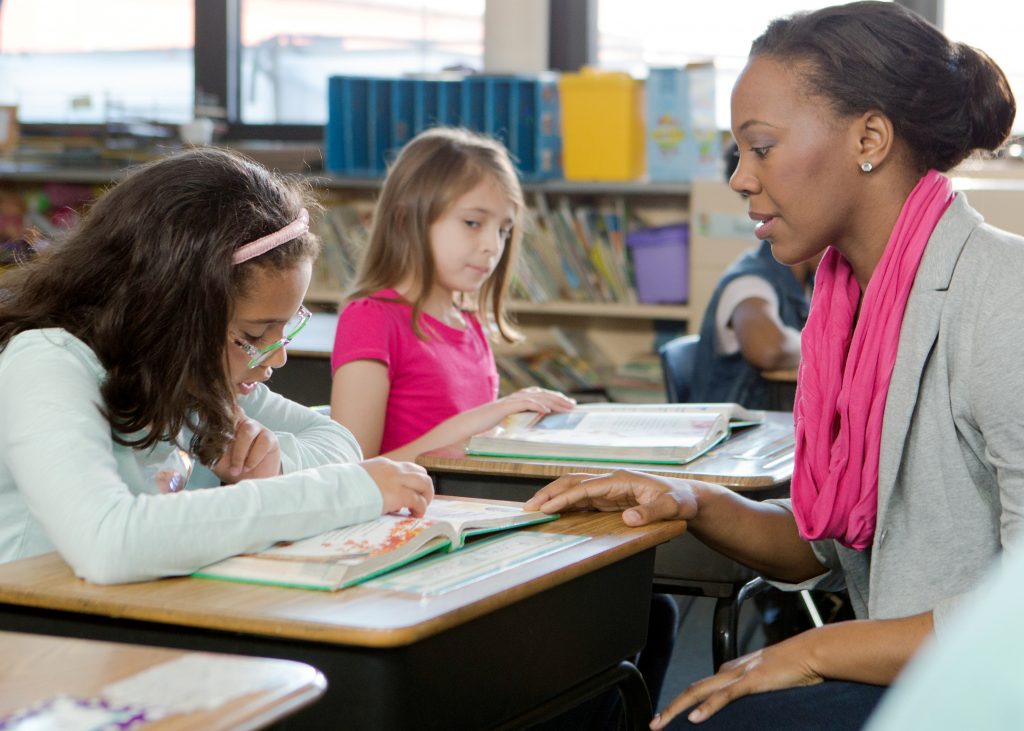 Susan Drolet, who teaches in a college in North America, was struggling to get her low-level students to produce anything in English.

She had to think of a new way to boost their confidence and let them know that their English was good enough. She did this by asking them to write a children’s story. With its simple structure and vocabulary, this was something they could manage. They had to include certain verb tenses, questions and dialogue and she constantly gave them support and feedback. The books were assembled with simple illustrations and they recorded themselves reading aloud to practice pronunciation.

The students visited local English speaking primary schools and read their stories to the children. They were nervous at first, but the more they did it the easier it got. At the end of the project the students were really proud of what they’d achieved.

View the other entries from North and Central America.

“In order to build good rapport and encourage them to use English, I try to use humor to get them motivated and willing to participate in the group.” – Cecilia Nobre 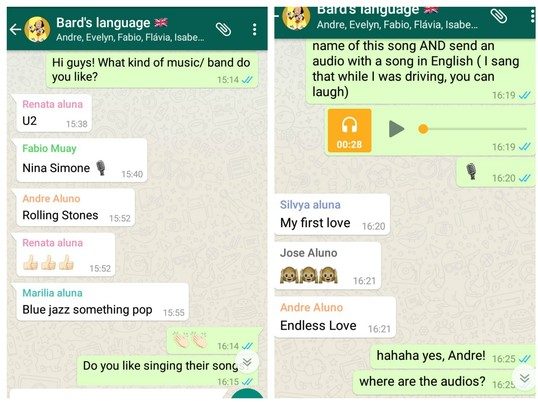 Last but not least is Cecilia Nobre from Brazil. She realized that her adult students weren’t improving as quickly as they hoped and decided they should immerse themselves in English outside of class. To do this, she created a Whatsapp group and invited them all to join.

In the group she shared tips, encouraged them to interact, and constantly challenged them by asking questions.

To help them feel relaxed and more confident when speaking English, she recorded herself singing and sent it to the group to see if they knew the name of the song. They found this hilarious and all joined in right away.

View the other entries from South America.

There is still time to enter the Pearson 2018 Teacher Award and win one of six all expenses paid trips to IATEFL or TESOL in 2018.

All you have to do is submit a two-minute video by December 31st 2017 answering these two questions:

Q1: How do you know when students are making progress in English?

Q2: What’s the best thing about being an English teacher?

Take a look at our recent blog post for tips on how to create a video submission.

Making the classroom a safe place to learn
Previous