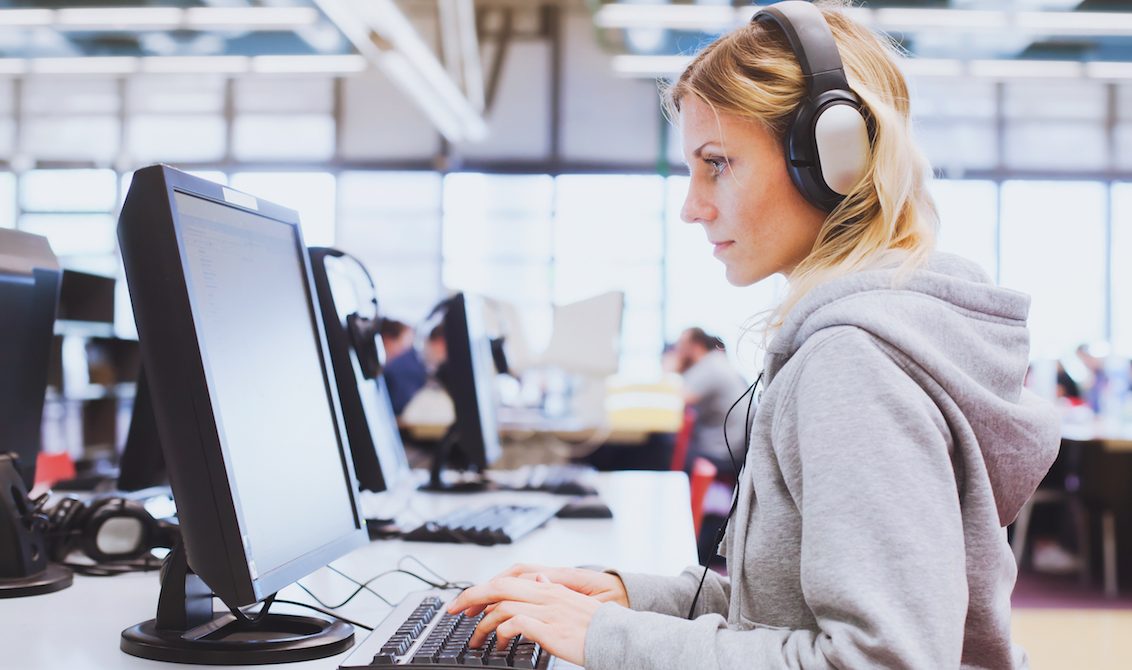 David Booth is the Director of Test Development for Pearson English content. He is responsible for the development of the exam materials and specifications for Pearson Test of English (PTE) Academic, Progress, Placement, PTE General and PTE Young Learners.

In this article, David explores the benefits of computer-based language assessment for test centers, test-takers and institutions. He makes a compelling case for automated testing as the future of ESL examination.

A version of this article was previously published on the Pearson PTE Academic website.

Many people are surprised at the idea of a computer program marking an exam paper. However, computer-based testing already exists in many different formats and in many different areas. Many of the tests or exams that form part of our daily life are taken on computers. If you’ve ever learned to drive, sat a citizenship test, done a training course at work, or completed a placement test for a language course, the odds are that you’ve already taken an automated test.

Yet in spite of it being so common, there is still a lack of understanding when it comes to computer-based language assessment and how a computer can evaluate productive skills like speaking and writing.

A common issue is that people have different ideas of what these tests entail. Computers can fulfil a number of essential roles in the testing process, but these often go unacknowledged. For example, a variety of test questions are needed to administer an exam, along with relevant data, and computers are used to store both the questions and the data. When it comes to creating randomized exams, computer software is used to select the exam questions, based on this data.

Computers are able to make complex calculations far more quickly and accurately than humans. This means that processes which previously took a long time are completed in days, rather than weeks.

Artificial intelligence (AI) technology is now capable of grading exam papers, for example. This means a shorter wait for exam results. In PTE Academic, candidates receive their results in an average of two days, rather than waiting weeks for an examiner to mark their paper by hand.

The benefits for students and teachers

People take exams to prove their skills and abilities. Depending on their goals, the right result can open the door to many new opportunities, whether that is simply moving on to the next stage of a course, or something as life-changing as allowing you to take up your place on a university course in another country.

A qualification can act as a passport to a better career or an enhanced education, and for that reason, it’s important that both students and teachers can have faith in their results.

Computer programs have no inherent bias, which means that candidates can be confident that they will all be treated the same, regardless of their background, appearance or accent. PTE Academic, just one of Pearson’s computer-based exams, offers students the chance to score additional points on the exam with innovative integrated test items. This integration means that the results are a far more accurate depiction of the candidate’s abilities and provide a truer reflection of their linguistic prowess.

More than questions on a screen

It’s not as easy as simply transferring the questions onto a computer screen. All that does is remove the need for pen and paper and this is a missed opportunity to harness the precision and speed of a computer, as well as its learning potential. Tests which have been fully digitized, such as PTE Academic, benefit from that automation; eliminating examiner bias, making the test fairer and calculating the results more quickly. Automated testing builds on the technological tradition of opening doors for the future – not closing them.

The development of automated testing technologies doesn’t merely make the process of examination quicker and more accurate – it also gives us the chance to innovate. Speaking assessments are a good example of this. Previously, this part of a language exam involved an interview, led by an examiner, who asked questions and elicited answers. But now that we have the technological capability, using a computer offers students the chance to be tested on a much wider range of speaking skills, without worrying about the inherent bias of the examiner.

Indeed, the use of a computer-based system facilitates integrated skills testing. Traditionally, language exams had separate papers focusing on the four skills of reading, listening, speaking and writing. But the more modern concept of language testing is aimed at assessing these linguistic skills used together, just as they are in real life situations. Afterwards, the various scores are categorized to allow learners an insight into their strengths and weaknesses, which helps both students and teachers identify areas which need improvement. This useful feedback is only possible because of the accuracy and detail of automated exam grading.

The space race on paper

Back in the 1960s, during the space race, computers were still a relatively new concept. Kathleen Johnson, one of the first African-American women to work for NASA as a scientist, was a mathematician with a reputation for doing incredibly complex manual calculations. Although the orbital calculations had been made by computers, the astronauts on the first space flight refused to fly until Kathleen had checked those calculations three times.

This anecdote reminds us, although computer technology is an inherent part of everyday life, every now and then we still need to check that their systems are working as they should. Human error still comes into play – after all, it’s humans who program these systems.

Every stage of PTE Academic, from registration to practice tests to results (both receiving them and sharing them with institutions) happens online. It may come as a surprise, then, to learn that the test itself is not taken online. Instead, students attend one of over 295 test centres to take the exam, which comes with the highest levels of data security. This means that each student can sit the exam in an environment designed for that purpose. It also allows the receiving institutions, such as universities and colleges, to be assured of the validity of the PTE Academic result.

The future is here

We created computers, but in many areas they have surpassed us – exam grading being a case in point. Computers can score more accurately and consistently than humans. They don’t get tired late in the day, or become distracted by a candidate’s accent. The use of AI technology to grade student responses represents a big leap forward in language testing, leading to fairer and more accurate results for the students. It also means more consistency in grading which benefits the institutions, such as universities, which rely on these scores for an accurate reflection of ability.

And here at Pearson we are invested in staying at the cutting edge of assessment. Our test developers are incorporating AI solutions now, using its learning capacity to create algorithms and build programs which have the ability to assess speaking and writing skills both accurately and quickly. We’re expanding the horizons of English language assessment for students, for teachers and for all the other professionals involved in each stage of the language learning journey.

For more information about automated testing, have a look at our post: Can a computer really mark an exam? The benefits of automated assessment in ELT. 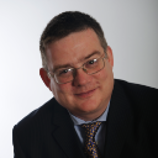 David Booth is Director Test Development in the Pearson English Content division. He is responsible for the development of test specification and test materials for Pearson Test of English (PTE) Academic, Progress, Placement, PTE General and PTE Young Learners. David is responsible for ensuring that all test development processes are executed to the highest standard to ensure that test material is of the highest quality and fit for purpose. David works closely with other staff at Pearson to develop assessment and learning solutions which meet specific customer requirements. David’s main expertise is in the development and revision of tests and he has given presentations at major conferences including EALTA, IATEFL and AILA on this theme. David has also contributed articles on specific test development projects in published research notes. David’s other interests include corpus linguistics and the application of corpora to assessment quality, including the quality of test items. David is also interested in assessment for specific purposes and has worked on tests for specific business clients as well as testing for the aviation sector. Before joining Pearson David worked for 10 years at Cambridge ESOL, a part of Cambridge Assessment. His work included revising and developing tests, developing test materials for specific examination products, leading on the development of computer adaptive business English tests and leading the business management function which was responsible for market research, business data analysis, financial control and response to tenders. David has extensive academic management, teaching and teacher training experience working for the British Council in South Korea, Hong Kong and Malaysia. David has a Masters Degree in Education, from the Institute of Education, London University, and is a Member of the Chartered Institute of Marketing.

Mind the gap: using the GSE to fill in your curriculum
Previous

5 fun classroom ideas for Thanksgiving
Next