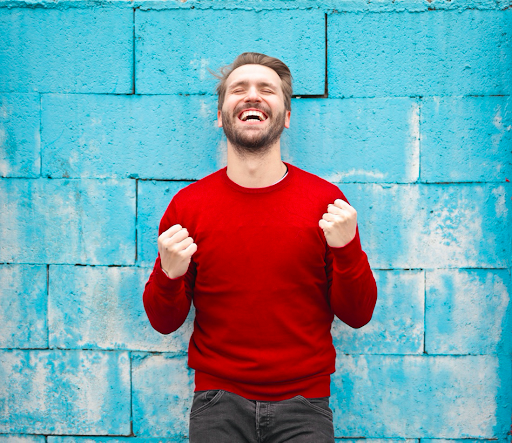 If you’re applying for a job or trying to get into a school language program, you may be preparing to take a Versant test right now! But how do you make sure you succeed at it?

Here’s everything you need to know about preparing for your Versant test.

What types of Versant tests are there?

There are four different types of English tests in the Versant suite. Each is designed with the purpose of testing English language proficiency. However, they’re slightly different in structure and the skills they test. As a result, they are used by companies or educational institutions with different goals.

Here are the five types of Versant tests:

Which Versant test should you take?

Which Versant test you take will depend on what your goals are. Have a look at these examples:

Tips for preparing for your Versant test

No matter which Versant test you’re taking, there are things you can do to prepare. Here are 6 ways to make sure you get the best results.

1. Work on your intelligibility

Intelligibility refers to your ability to speak in a way that’s easy to understand for others. Even if you don’t speak flawlessly or have a native-like accent, your speech can still have a high intelligibility level. That is if you are able to express what you mean.

The Versant English Test has an intelligibility score. The system calculates it based on various speech factors like speed, clarity, pronunciation, and fluency. So, it’s important that you work on your intelligibility before tackling a Versant test.

Here are two exercises you can do to improve your intelligibility:

If you can, enlist the help of an English teacher to help you work on your weaknesses, or find a friend who is a native English speaker and set up regular video chats.

2. Practice typing on your computer

Unless you’re taking the Versant English Test, which is a speaking-only test, you’ll be asked to prove your English writing skills. Since Versant tests are most often taken off-site, it’s likely that you’ll be taking it on your own computer at home. That’s why it’s a good idea to practice typing on your computer before your Versant test.

While Versant will not factor your typing into your English proficiency scores, the Versant Writing Test and Versant English Placement Test do include a separate typing speed and accuracy score. They’re provided as supplemental information for 3 reasons:

1. Since typing is a familiar task to most candidates, it is a comfortable introduction to the test.

2. It allows candidates to familiarize themselves with the keyboard.

3. If typing speed is below 12 words per minute, and/or accuracy is below 90%, then it is likely that this candidate’s written English proficiency was not properly measured due to poor typing skills. The test administrator should take this into account when interpreting test scores.

Bear in mind that all the exercises you need to complete are timed. So, if you want to make sure that you have enough time to type your answers correctly, it’s good to get a little practice. This way, you’ll be able to focus wholeheartedly on the content and structure of your sentences, not your typing.

To give you an example, the Versant English Placement Test has a dictation task, where you have to type sentences exactly as you hear them. It also has a passage reconstruction task, where you read a text, put it aside, and type what you remember from it. Then, there’s a summary and opinion task where you have to read a passage, summarize the author’s opinion, and give your own. These are all practical exercises that evaluate how well you’d perform in real-life situations at work. For example, taking notes at a meeting, writing emails, or putting together a presentation.

Another definitive characteristic of Versant is that it tests how well you can understand and use English in an everyday context. It does not test the technical or literary use of the language. So, to get into Versant, it’s a good idea to immerse yourself in some everyday spoken English.

For example, you can watch videos of someone on YouTube talking directly to their audience in a casual way. Or, you can listen to a podcast that features a laid-back conversation between two people. And, if you can, don’t just listen but also practice talking about everyday topics. Ask a friend or a family member to chat with you in English about simple things like how your day was or what you had for dinner.

Tips for taking your Versant test

Preparation is key. But it’s also important to make sure that you take the test the correct way. Since Versant is a flexible test that can be completed online or offline and administered remotely, there are a few tricks to making sure you get the best out of it:

Take the test in a quiet room, with no background noise or people talking around you. Make sure that the space doesn’t have an echo. And, turn off your notifications so you won’t be disturbed by incoming phone calls or messages.

The best way to do speaking tests is by using a headset with a built-in microphone. Keep the microphone 3-5 cm from your mouth. Try not to touch or move it while answering questions.

3. Speak in a natural way

Try to speak at a normal conversational speed and volume. Just the way you would speak if you were talking to another person. Don’t raise your voice or speak too softly. Try not to speak too slowly or rush your answers. And, do not repeat your answers again and again.

Find out more about Versant tests

If you’d like to learn more about Versant tests, you can find information for test takers on our website.