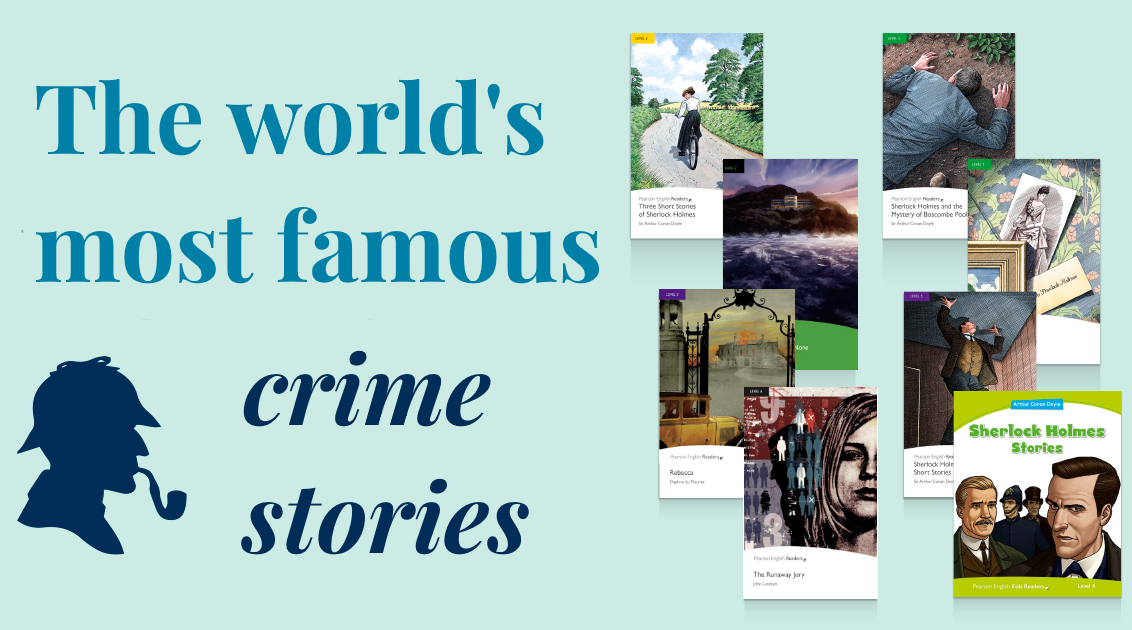 Have you ever wanted to be a detective? Now’s your chance with these fantastic crime and mystery stories. From the ghostly countryside of southwest England to a busy courtroom in Mississippi, these five thrilling tales are just what you need to test your skills as a detective. Can you solve the mystery before the author reveals the truth?

These adapted and original stories come with comprehensive teacher resources and audio files, and are ideal to use in the classroom with your learners, or to set as homework for extra practice. 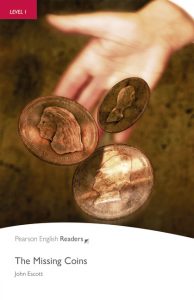 Set in Bath, a historic city in the southwest of England, The Missing Coins follows Pete and Carla on an adventure to prove Pete’s innocence after a shopkeeper accuses him of stealing some old coins. Can the two young students convince the shopkeeper that Pete is innocent? And, what really happened to the coins?

John Escott has adapted many classic stories for English students, but The Missing Coins is an original story and is the perfect introduction to mystery novels for students with an A1 (CEFR) level of English.

You can find the book and audio here: The Missing Coins, with extra downloadable resources for the teacher. 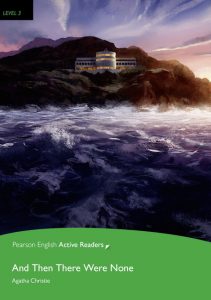 Ten people are invited to a house on an island off the coast of England. They’ve all come for different reasons and although none of them know each other, they soon have to work together when the murders begin. Is one of the ten guests the murderer? And what about the strange servants who work in the house? Are they involved?

This is the world’s best-selling murder-mystery and was written by Agatha Christie, a famous English author. She is well-known for her detective novels involving characters such as Poirot and Miss Marple and many of her novels have been made into TV series and films.

Suitable for learners with an A2-A2+ (CEFR) level of English, you can download an adapted version of the story with audio and the Teacher’s Resources here: And Then There Were None.

3. The Hound of the Baskervilles (level 5) 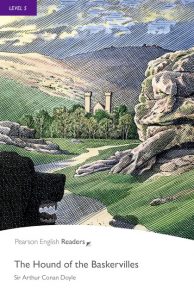 Sir Arthur Conan Doyle, a famous British author, wrote over fifty novels and short stories starring Sherlock Holmes, and the character has become popular again in recent years with the two Hollywood films starring Robert Downey Jr, as well as the BBC series with Benedict Cumberbatch in the title role.

This adapted version of Sir Arthur Conan Doyle’s third Sherlock Holmes adventure is perfect for students with a B2-B2+ (CEFR) level of English. Download it, together with the audio and Teacher’s Resources, here: The Hound of the Baskervilles. 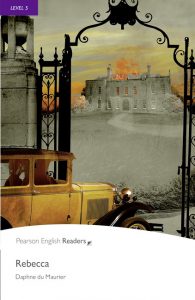 After a two-week romance in Monte Carlo, a young woman marries Maxim de Winter and returns with him to England, where she meets the housekeeper, Mrs Danvers. Mrs Danvers is obsessed with de Winter’s first wife, Rebecca, who died in a tragic boating accident, and she strongly dislikes the new woman in de Winter’s life. But was Rebecca’s death really an accident?

Rebecca combines romance with themes of jealousy and mystery and was written by Daphne du Maurier, a British novelist, who was famous for her stories set in the southwest of England.

You can find the adapted version of her novel, which is suitable for students with a B2-B2+ (CEFR) level of English here: Rebecca, with the audio and Teacher’s Resources as well. 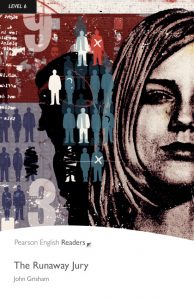 The last of our mysterious tales is another modern story, set in the American legal system. A tobacco company is involved in a court case which could cost them millions, and during the trial people from both sides of the case try to convince the jury to take their side. One of the members of the jury, Nicolas Easter, is particularly interested in the case. But who is he? Why is he so involved in the trial? And whose side is he really on?

John Grisham, author of The Runaway Jury, was a lawyer before he became a writer, so he knows all about the legal system in the US and his crime novels have become best sellers around the world.

This adapted version of his seventh book is suitable for C1 (CEFR) level students and you can find it here: The Runaway Jury, together with the audio and downloadable Teacher’s Resources.

Keep your students on the edge of their seats and discover more Crime and Mystery readers in our catalogue. 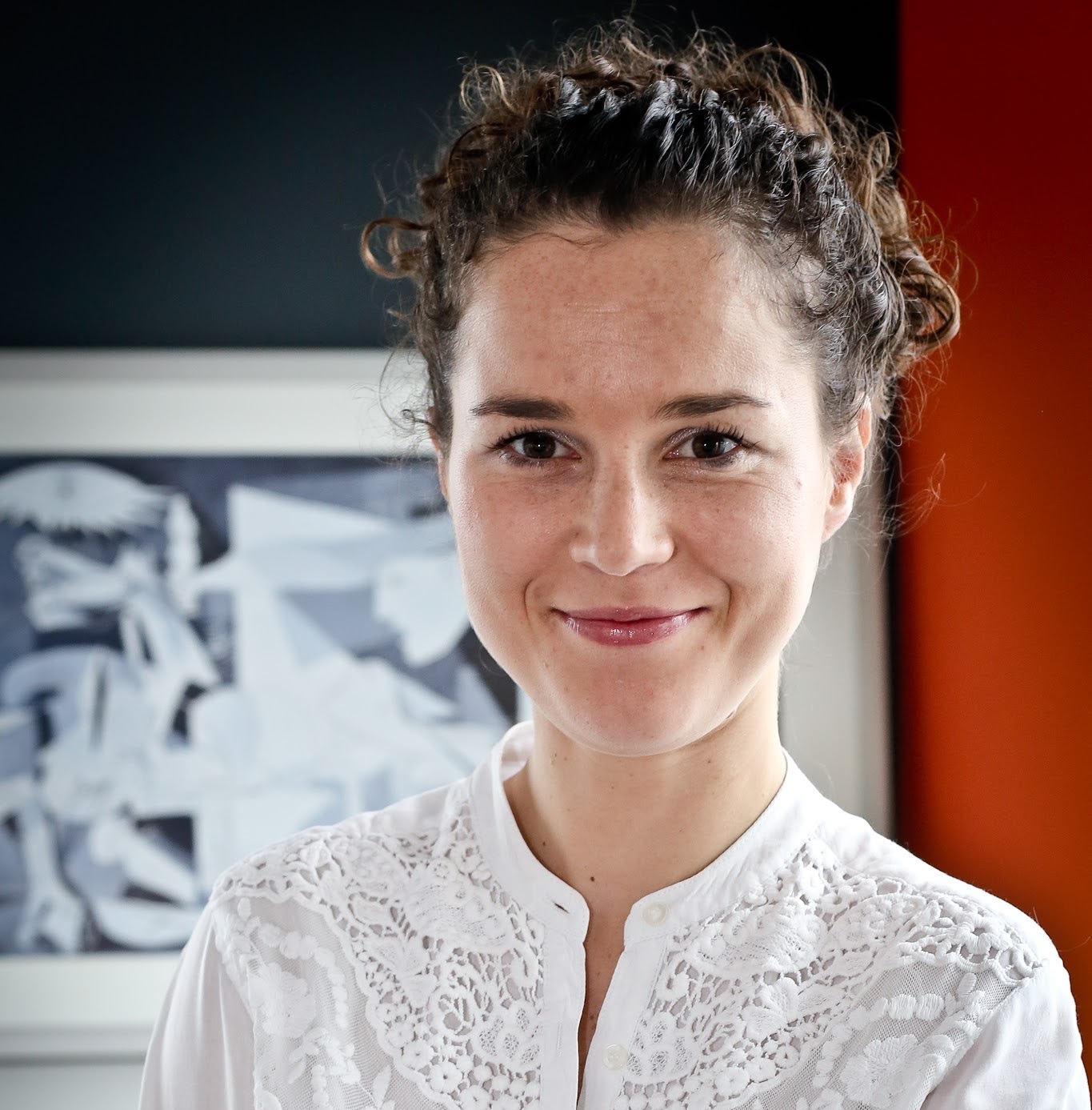