Few things capture the public imagination like the cinema, and its hold over audiences shows little sign of diminishing. For example, Spectre, the twenty-fourth film in the 53-year-old James Bond franchise, has taken $298m worldwide in its opening fortnight; while Star Wars: The Force Awakens... 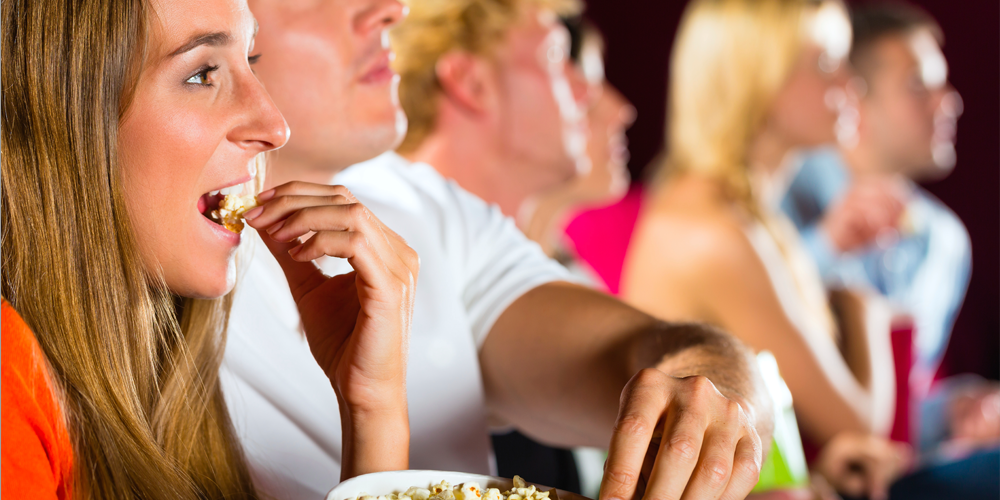 Few things capture the public imagination like the cinema, and its hold over audiences shows little sign of diminishing. For example, Spectre, the twenty-fourth film in the 53-year-old James Bond franchise, has taken $298m worldwide in its opening fortnight; while Star Wars: The Force Awakens looks set to smash all box office records when it’s released on 18th December, with IMAX alone taking $6.5m in ticket sales in a single day. Meanwhile, according to a recent survey by Wall Street firm Cowen & Co, Netflix customers watch an average of 7.7 hours of content per week, while Amazon Prime Instant Video users manage 3.5 hours.

It isn’t just about entertainment, though; watching films can aid people’s English language learning. But before you encourage your students to ditch their textbooks in favour of heading down to their local cinema – or their sofa – it’s worth examining how and why watching films can be a useful resource for their learning.

With so many genres available – from romantic comedies to science fiction, documentaries to thrillers – there’s a broad base of diverse vocabulary available for your students to absorb and therefore a vast library of potential teaching aids, whatever the topic you’re covering in your lessons.

2. Pictures to go with the words

It’s no coincidence that the Harry Potter and Lord of the Rings franchises are the first and second most popular for English language learners respectively in a global survey of 6,000 people. They started life as much-loved novels and learners can benefit from watching the films after they’ve read the books because it adds a visual context to the dialogue, characters and worlds they’ve become familiar with from their reading. Watching the films can therefore deepen, or highlight any discrepancies in, a learner’s understanding of the words.

Despite the fact that going to the cinema involves sitting silently in a darkened room, it’s a hugely popular social activity, and therefore something that people do in groups. One of the best bits about going to the cinema with friends is being able to discuss people’s thoughts about the film afterwards. This provides an opportunity for students to use the English they’ve acquired to articulate opinions and criticisms of the film and to discuss any words and phrases they didn’t understand.

In this recent article, we looked at the ways in which teachers motivate students. Casting your mind back to your own school days, many of your favourite lessons will have been the ones in which the teacher rolled the TV out of the classroom cupboard and showed a film. And while you might associate those lessons with the quieter periods near the end of the school term, it was often a great opportunity to learn. These days, digital films (available via iTunes and on DVD and Blu-ray) all feature English language subtitles, which means that learners can simultaneously hear and see the words – providing them with the opportunity to appreciate the pronunciation and spelling of the words, as well as the context they’re being used in.

Oh, and finally: watching films also provides us with the opportunity to see our English learning role models in action. Read our list of actresses who learned English as a second language and went on to conquer Hollywood.

5 great film scenes that can help improve your English
Next